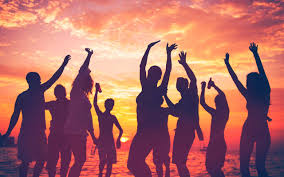 Earlier, we briefly covered the Central American experience at the hands of the Spanish.  The Portuguese would meanwhile make “claims” on Brazil, while also officially beginning their Inquisition at home in 1541, 60 years after one was set up in Spain itself.  These were merely the latest iterations, continuations of earlier inquisitions on the European people by the Church.  The Church’s “blessings” to have economically backward West European war states sail across towards India, and subdue Kerala would eventually be unsuccessful. But their damage along India’s western coast, and other regions beyond India, would reverberate for centuries.  Goa’s long nightmare would be seeded in the early 16th century.

For India scholars and researchers, the Goa Inquisition is well known (see references), but much of the Indian public is unaware of the true story due to an education system that always hides more than it reveals.  Those keen on desperately awaited education reforms are under the false impression that India is alone.  But a survey of Western academia, not just those of colonized countries, will reveal that they too depend on their masses being misinformed about the atrocities of the past in their own homelands, leave alone on foreign shores.  Instead, their descendants are told false tales of a more advanced Europe displaying “courage” while “civilizing” backward lands, rather than the fact that their aristocratic orders were comprised of thieves and serial killers, a religion-sanctioned criminality.

It remains a matter of shock that some are still celebrating the Jesuit “Saint” Francis Xavier in the 21st century. Fifteen years after his initial request, a full-blown Inquisition in Goa would start in 1560, almost a decade after he had passed away. Modern feminists might cringe that the dowager Queen of Portugal at the time was supportive. This torture tribunal would last almost 250 years, with a brief interlude in the 1770s, only to resume due to the fanaticism of the Catholic Queen di Maria of Portugal.

It is a wonder that the yet to arrive British East India Company was more observant and cunning, knowing well that these immoral and violent conversion methods would likely impede any of their own attempts to “claim” India, much like the Portuguese were to find out that it was the very Inquisition that made it impossible to spread further inland.  For the Hindu natives were quite another challenge compared to those of the Americas or in Africa.

Goa, at the time Albuquerque finally claimed it in his second attempt in 1510, was a Muslim-usurped region, smaller in size than the boundaries of today’s Goa state, and less than half the size of modern Cyprus or Qatar.  Adil Shah would be forced to officially cede it in 1543, and this theme of Western Christianized powers taking over some parts of India from tyrannical Islamic invaders would recur, notably in the British takeover of Bengal in the 1750s, and subsequently in pockets of undivided India (i.e., Pakistan and Bangladesh).

Timoja’s gamble, hoping the Portuguese would help evict Adil Shah, failed miserably, as they merely claimed it for themselves.  Throughout India, desperate local natives and their rulers would seek the help of any power, even a foreign one, only to be betrayed.  Foreign mediation remains a problem centuries later, but such was the desperation when the dominant local powers were tied up.

The local paramount power further inland from the western coast at the time of the Portuguese were the great Vijayanagara rulers whose base would be in modern-day Karnataka. Their reign had started with the revered brother-duo of Hakka and Bukka in the 1330s, who were themselves initially enslaved into Islam. Somehow they freed themselves and returned to their ancestral beliefs, and set about in their duty to repel the Islamic invaders. They would be caught in a multi-century tangled web with Islamic mercenaries on a jihad while, just a little north, the Maharashtra state of today would largely be dominated by Adil Shah, himself a foreigner.  The rise of the great Maratha Shivaji would only begin sometime in the 1640s, a full three centuries after Vijayanagara’s establishment, and a century after its capital Hampi would be barbarically ruined, its survivors scattered.  Thus, for the defenceless Goan natives of the 1500s, power was to merely change hands from despotic Muslim rule to an even worse Catholic Inquisition.

A Most Cruel Export

Back in Europe, the tendency to apostasy among former Jewish “New Christians” would be a source of distrust, resulting in their being subjected to an inquisition first in Europe itself.  This civilization-destroying lunacy, honed at home, would now be “exported” by the fanatical Jesuits and Dominicans, but with more devastating methods elsewhere.

The natives of Goa, much like those in Kerala, would neither be impressed, and certainly not convert easily, and rarely discard ancient beliefs even when financially or fraudulently induced into it.  For entrapped may well be the word.  For today’s Konkani-origin speakers who were to disperse in fright into other parts of southern and central India, few will know that their dispersal starting in the 16th century was about “running away”, rather than a “migration”.  The Saraswat Brahmins too, even those converted to Catholicism, would attempt escape. In a strange twist of history, some (not all, of course) of these Christian converts have become the defenders of the Church in India today, often unaware of their reversal from what their own ancestors had stood for.

The Inquisition would pay for itself, as it was just as important to always gain wealth in multiple forms, not just save souls.  The African trans-Atlantic slave trade and the loot of the Americas would be a key source of revenue that would fuel the costs of the Asian forays, along with wealth grabs in Europe itself.

Did they really want to convert?

No.  When natives were defenceless in the face of a violent and immoral ruler of unfamiliar beliefs, the ‘‘migration’’ out of the region was the response.  Prior to the arrival of the Portuguese, the natives were resisting conversion to Islam, submitting if at all under adverse conditions. The native spiritual guides, the brahmins of Goa were described by these very foreigners as “revered among the heathen….a Brahman would not become a Mahomedan (even) if he were made a king..” (via The Suma Oriental of Tome Pires, 1944).   And now in the 16th century, ““the man who embraces the (Christian) faith from honest conviction is regarded as a fool…” (J. Wicki, Documents Indica, 1948).   Being present in a violent surveillance state with torture, rape, fraud and deceit as the options offered, it was a survival response that led to conversions, not one of religious conviction.

Like ideologies of the present era, the past also would systematically target innocent children for indoctrination and baptism.  The practice of taking children as “orphans” to baptise, brainwash and “inherit their wealth” was already in effect in Portugal and Spain, and now it would be India’s turn, just as in the Americas and Australia later.  Even if one parent was still alive, this was sufficient to deem the child an orphan despite sufficient relatives to raise the child.  This was a devious method to take over estates, for wealth accumulation through any means was standard game.  (Ask any Indian real estate agent even today about the immense land holdings of the Church in India.)  These were priests who lived a life of luxury, while curiously being described as “austere” “mendicant” orders.  Women were constant targets, and burned at the stake after satisfying the bestial lust of the inquisitors.  Local culture and language was to be replaced, with native customs banned, and native literature especially in Konkani and Sanskrit burned down, some of it lost forever.

The Sycophants Rule the Asylum

Today’s Hindu liberals, selective champions of freedom of expression, may offer generic lip service about the crimes of “book burning”, but are mostly tight-lipped otherwise, much like their silence on the methods of the Islamic invaders. The other notorious gift would be the foreign word caste, taken from Portuguese “casta”, which would become a society-altering insertion across the world, and used as the stick to beat the Hindus with when, in fact, European societies were also organized by occupations, a complex discussion for another time.  Today’s anglicized Indian media personalities, the ones who keep rushing to the “international community” after every little “protest” that has become a pandemic the last few years, are not doing it out of conviction either, but due to financial and status motivations, a treacherous habit masquerading as a Western propped “voice of reason”.

We have yet to reverse the foundation placed by India’s earlier puppet Prime Minister Manmohan Singh, and the Italian Dowager Queen behind the curtain, who opened the floodgates to 21st century India’s steady conversion. Their legacy media and bureaucrat sycophants continue to rail about India’s “fascist” Hindu revival throughout the foreign press. It remains a pity that India continues to allow conversions on a scale that exceeds the colonial days, the disastrous consequences of which have been seen before in Rwanda, the Americas and Africa.  It was the wrath and vengeance of a primitive European deity that was planted in the Indian mind 5 centuries ago, rather than any teachings of compassion and love. The natives of India are well within their rights to demand the end of all conversions from out of native beliefs, yet the current dispensation hesitates, sputters.

The Goa Inquisition, A. K. Priolkar, 1961 (currently reprinted by Voice of India)

Changing Face of India Studies in the West, Navaratna S. Rajaram, May 2019, YourAwesomeIndia

Why Christianity poses a clear threat to India,  Rakesh Krishnan Simha, May 2015, IndiaFacts

The Vatican Has Never REALLY Apologised For Any Of Its Crimes, And Neither Will It For The Goan Inquisition, Aravindan Neelakandan, December 2016, Swarajyamag

Catholic Church Apologises For Rwandan Genocide: When Will It Do So For The Goa Inquisition?, Shefali Vaidya, November 2016, Swarajyamag

One Reply to “Inquisition: When Catholic Orders Entrapped Goa”