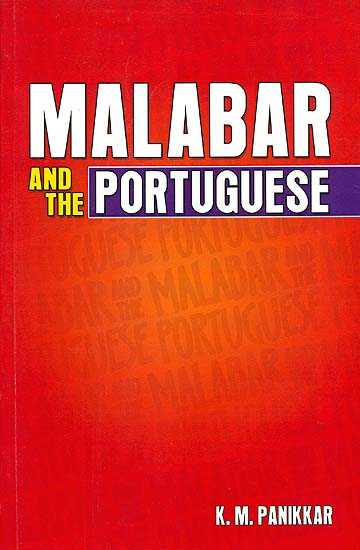 When Portugal & the Pope Attempted to “Civilize” Kerala

The Native Americans were arguably facing the worst of the terror show known as the 16th century, but they were certainly not alone.  Christian Europe’s export of the dark side of humanity would reach India too, with Pope Nicholas V issuing the Romanus Pontifex in 1455 that conferred exclusive trading rights to the King of Portugal, to cover the region between Morocco and the Indies with the right to claim and convert the infidel inhabitants. The crimes against humanity committed on the people of Goa would come more in the second half of the 16th century.  But before that, India’s southwestern Malabar coast, roughly the modern-day state of Kerala, would serve as the violent prelude.

When the Portuguese Christian nobleman Vasco da Gama rounded the Cape of Good Hope in 1498, he wasn’t discovering something new.  He was merely taking a longer path that the West Europeans were forced to attempt, to break the trade stranglehold that the Venetians and Egyptians had with India.  Along Africa’s east coast, the Portuguese would need assistance from the King of Malindi (Kenya), from sailors long accustomed to the final sea-leg that would take them to Calicut.  Of course, this would be later deemed Europe’s great “discovery”, like much of their science which was already known elsewhere earlier, and later appropriated as “European”.  Da Gama would have several stints, including one as a “viceroy” in the 1520s, but by character and dealings, he would impress no one.  His first trip was only a success in terms of establishing a direct connection and importing valuable goods that easily offset the cost of the trip, but he was unable to find any buyers for his own modest goods in India.

Fortunately for the Portuguese, the various provinces in the Malabar region were not one united whole, with the tensions between Calicut and the relatively lesser Cochin proving useful as they attempted to wrest the trade away from the Mahomedan merchants.  These Muslims controlled the west-bound sea trade and, until that point, largely stayed away from local political affairs in Kerala. It is another matter that they were wholly “involved” in local political affairs practically everywhere else in India. The Malabar coast also contained a small number of Christians and Jews, along with a few local converts, all graciously hosted by the various Hindu rulers.  India’s failure to control the Arabian Sea would become a recurring problem with devastating consequences in the coming centuries.

The direct opening of commercial relations with a nation in Europe, rather than using Arab intermediaries, would of course be historic for West Europe.  Unfortunately, the very character of the Portuguese would become evident all along the south-western coast, even to new-found allies like Cochin.  For these Portuguese Roman Catholics, it was not just trade but the discovery of new worlds for Christ. Eventually, trade treaties would be made with practically every power in Malabar, and all of them would turn out to be short-lived, rescinded, only to be renewed.  For the Portuguese throughout were viewed as “uncivilized, treacherous and untrustworthy” (source: K. M. Pannikar, Malabar and the Portuguese, 1929)

Bringing with them a continuation of their virulent rivalry and hatred for the Moors in North Africa and South Europe, the Portuguese set about plundering all ships in the Arabian Sea, and resorting to inhumane barbarities with captured seafarers.  It so happened the Calicut Zamorin’s navy relied on Muslims, who would become very useful counters to the Portuguese for much of the century, until they overgrew their boots and had to be subdued by the Calicut rulers, oddly with Portuguese assistance in 1599.

On land too, wherever they were able to influence lesser chieftains, the Portuguese Christians would make demands to expel Muslims.  Meanwhile, local Syrian Christians, for long well-treated subjects in largely Hindu Malabar, saw the Portuguese arrivals as good fortune, and switched allegiance to the Roman Church.  They would soon realize that their fortunes were going to take a turn for the worse, as the Portuguese were never going to trust any “New Christians” or non-Roman Christians fully.

The Cochin Hindu Raja, of minor importance at the time, too had gambled, hoping the Portuguese would enable him to become a paramount power over the hated Calicut Zamorin.  Things would not go well, as over the course of century, it would be Malabar that would somehow fully repel the Portuguese by the mid-17th century, forcing the Portuguese to settle for the relatively less populated Goa, whose own inhabitants including converts would attempt to leave Goa.  In between, forays into “claiming” Sri Lanka would be attempted too, but with little success.

The Portuguese would manage to build several forts as settlements for trade and their own Christian-only enclaves.  But even in small pockets for brief periods where they were able to establish a presence onshore, never did they win the trust of the local people, nor attempt to.  Insufficient sea power and an inability to tackle the Zamorin were key reasons that held them back, but their immoral character and aims were also impediments in their ability to convert locals to the Roman Church. Temple desecration and post-battle inhumane plunder of innocent civilians and razing of towns, against the dharmic rules of war, would signal to locals all the along the coast their real intentions.  Local civilians would be aghast if their chief would entertain treaties with the Portuguese, who were unable to proceed further inland.

But conversion attempts were nevertheless made, with little success, by the usual players including Jesuits, Franciscan Friars, Dominicans and Augustine monks, who often exuded power above that of the pirates they accompanied.  These “traders” would remain busy throughout in private gain, to carry back fortunes in their brief India stints, with a poor administrative machinery that was equally self-serving and corrupt, much like the British East India Company.

One failure of not having a unified Malabar confederacy meant that Portuguese were not fully evicted from India until 1961, when Goa was finally liberated, a full 14 years after the rest of truncated India gained independence from the later-arriving British.  As we have seen from the 16th century, excessive tolerance leads to the type of stalemate where only the more barbaric will benefit, for it buys them time to start their machinations again.  The cost of these conflicts would have immense repercussions for the fragmented Malabar region over the next few centuries, including against the Dutch and the jihadi tyrant father-son duo of Hyder Ali and Tipu Sultan.

Kindly read the earlier part 1 and 2.