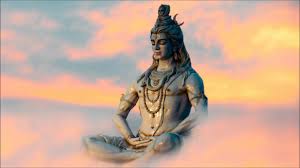 This article seeks to collate the Fundamental Principles of Sanatana Dharma and the exclusivist systems. The objective is to present each as a unified structure in itself based on its core and defining principles.

It is often thought that Sanatana Dharma cannot be defined clearly – it is not prescriptive, nor does it appear to have an overall structure with a clear, well-defined set of rules which is mandatory for the people. It is often perceived as very diffuse or broad, making it not easily amenable to putting down the basic structure, or principles which serve as its foundations.

The above notwithstanding, an attempt is made to capture the basic principles and structure of Dharmic & other systems. Many other principles do exist within the systems, which however need to conform to the basic and foundational principles, and work within the framework provided by this set of principles. The following has not to do with any books, prophets, scriptures or Shastras per se but rather the core and fundamental principles of the system as it obtains.

Note that this article is not about each of the fundamental principles per se and what they mean in different versions of the (sub)system. Nor is it about the comparisons and contrasts, in different versions of the (sub)system, in the understanding and implementation of any such principle itself. Rather this is a study about how the fundamental principles serve to define and characterise the entire system and delineate its basic structure.

At the outset, it is required to state what is Dharma. It cannot be captured precisely or in its entirety. Nevertheless, Dharma means that which holds, a natural order, duty. And Sanatana means everlasting and that which always existed. It does not have a founder or any one person who discovered it. Rather, it is a natural order whose principles were discovered by applying the basic and foundational principles discussed below.

The most fundamental and primitive element in Sanatana Dharma is Truth. Though what is true or what is the truth cannot always be defined clearly, it is an abstract concept and a primitive that permeates everything and is at the root of all. Furthermore, it is regarded as supreme and pristine, standing by itself, that which always wins – Satyameva Jayate. Note that it is the TRUTH that wins, not some other entity or person/s.

1. SEEK the Truth (FREEDOM to)

Seeking the Truth may involve various questions e.g. Who am I, What is the Truth, etc.

It may involve various positions of seeking the Truth e.g. I am infinite / I have all the freedom, I / All are divine, etc.

Self-realisation is by using one’s Conscience, which is pure and unfettered, and other faculties. The timeless Truths are heard or seen by the seekers/seers and may have been there even before they were able to be committed to the written form. There is no ‘other’ ultimate authority than one’s own conscience, intellect and experience, which is the basis of self – realisation of the Truth.

The above principle of seeking and freedom is subject to an immediate and fundamental requirement and restriction – Ahimsa – not harming. One does not have so much freedom, or freedom to seek, so as to harm. All the other fundamental principles below are subject to this principle.  Ahimsa is a very broad and overarching principle that cannot be captured in all its nuances. It means not harming oneself, others, other creatures or the environment and may be applicable even more generally and broadly than all of these e.g. with respect to differing systems and perspectives and people adhering to them. Sanatana Dharma does not have an a-priori or in-built position for or against any (“other”) system.   At another level, Ahimsa means the defining (moral) standard/value of civilisation, i.e. consent, the ability to give consent, the requirement of taking consent, and not causing harm in such situations. Ahimsa is most important, though not absolute. As one shall see below, there are situations where violence is required and considered legitimate.

Various methodologies may be employed to seek and realise the Truth. They may be experiential, giving the seeker an inner realisation of the Truth. Logical/Deductive, evidence based or other, Scientific Methods and different ways of reasoning, among others may also be employed. It is not that absolutely anything is permitted, there has to be some rationale behind it and a consistency to it. There may be different ways of realising the same, or different Truths. Yoga, generically speaking, is a method of joining oneself to the infinite / divinity, in order to realise the Truth.  One may recall in this connection – “ekam sat, viprah bahudha vadanti” – The Truth is One, different seers speak (The Truth) in various ways.

In so far as many scientific truths are concerned, the basis of understanding and expressing them is Mathematics. More particularly, the foundations of Mathematics as we know it begins with classification and collection i.e.  Set Theory, which forms the basis for the Mathematical study of Logic, Relations, etc. If one were to draw an analogy, in the system which has deities in it, Ganapati is invoked at the very beginning of any and every ritual, worship, relationship and samskara – being the Lord of classification (category), among other things.

This simple yet profound statement, where ‘Neti’ means ‘Not’ literally, translates as –

I have not found THE TRUTH yet. It means going beyond limitation / restriction, whatever be the nature of the limitation, in the quest for the Truth. It means going beyond the limitations of the self and limitations / restrictions imposed by any structure, form, systems or whatever. Thus it is a relentless quest for search and discovery, in order to realise and know the Truth. This indicates the incompleteness of the set of Truths that have been found or realised as also the inclusive and non-totalitarian nature of the quest.

This principle also implies Ahimsa – If one goes beyond the limitation of the self and sees all as one, then would one harm oneself, i.e. anything “else”? Also, if one is not limited by form and structure, then does not everything in the universe have one and the same underlying UNITY?

This implies there is no concept of the “other”, or a dichotomy of “the sacred and the profane” and no membership as that would imply a demarcation, which is a limiting concept. Sanatana Dharma accepts and includes many seemingly contradictory systems, e.g. vaidik & tantric, astik & nastik, purely ‘materialistic’ systems (e.g. charvakas) & systems with various divinities, devis and devatas with a highly sophisticated set of philosophies, practices, as well as rituals, etc. However, to illustrate an important point – the system having Brahma, Vishnu, Mahesh, all the Devis and various other supernatural entities, mantras, rituals and anushthans, notwithstanding that it is considered most important and superlative by large numbers of people, the entire system can be ‘peacefully set aside’ by a materialistic philosophy or system e.g. the charvakas, and that is very much consistent with the basic principles of and remains within the fold of Sanatana Dharma. However note that the unity is not indiscriminate and does not apply to anything and everything – systems or practices which are against Dharma itself are not acceptable, as written below.

This is the principle of self-defence and self-preservation / existence and the defence of the system i.e. Dharma. It broadly implies the principle of consistency – that something which contradicts Dharma itself, or tries to eliminate Dharma, is not acceptable and should be rejected or eliminated. If necessary, the defence of Dharma, or the service of Dharma, should be by using resort to violence.

In the Bhagvad Gita, the Lord Sri Krishna tells Arjuna to fight, (Adhyay 2) –

Then your SvaDharma (duty for a warrior to fight) & Kirti (reputation and honour) will be lost and you will beget paap (immorality). [1]

Likewise, another oft quoted phrase is “vasudhaiva kutumbakam”, which is but a misleading half-truth. The complete shloka is given below –

This occurs in the Hitopadesha (the story of subuddhi the crow, chitrAngA the deer and kshudrabuddhi the jackal) and the Panchatantra (The Lion that Sprang to Life), and in both the reading of the entire story and the context tells us otherwise – that blind application of this is incorrect and fatal.

To deliver the sAdhus and to annihilate those who are wicked

To establish Dharma, I appear in every yuga (millennium)

Note also that the Devis and Devatas bear arms and help or intervene against the asurAs, the wicked, or the adhArmic, putting their arms and destructive powers to good use.

Thus, it is clear that Ahimsa is not absolute but rather it is incumbent to use violence as may be required in the service of, or defence of Dharma, or to annihilate the wicked and establish Dharma.

The principle of consistency and existence requires that one cannot include the exclusivist, else diversity and Dharma itself will cease to exist. Hence exclusivist systems are to be excluded by Dharma. Consistency is a logical requirement and no system or freedom can include or allow another which destroys the system or freedom itself. Thus for example the right to freedom of religion cannot allow a religion which does not accept, abrogates or destroys the right to freedom of religion itself.

“Nothing in this Declaration may be interpreted as implying for any State, group or person any right to engage in any activity or to perform any act aimed at the destruction of any of the rights and freedoms set forth herein.”

Karma, loosely means activity which is done or ought to be done. Karma means what one does and includes the thoughts, expressions, words, deeds and actions of the person. More importantly, it includes the intent of the person. It should be consistent with the principles of Dharma. It means cause and effect, forms the basis of perception. Karma also forms the basis of ethics and morality insofar as it includes the intent of the person. Good Karma brings punya to the person and bad karma begets paap. The result of activity is called karma-phal, akin to cause and effect. This is not fate or fatalism. Karma over the years in a person results in impressions called samskara, which may or may not be visible and may not necessarily be at a conscious level, which forms the basis of perception. Likewise, it results in tendencies or habits, which are called vasana. Different schools of thought interpret Karma, samskara and other things associated with Karma differently. However, the concept of Karma is common to all Dharmic systems and serves as a causal, perception related, the basis of punya and paap, or of ethics and morality, whether in this birth or in the next (in case of a system which accepts rebirth).

The above 0 + 6 principles may be taken to define the fundamental principles of Sanatana Dharma.

An important point to note is that each of the above points or principles, which are primitives in themselves, may not be capable of precise definition or agreement across differing viewpoints or systems in Sanatana Dharma. There may be variation and nuance to the understanding of each of these points. However, the detailed understanding, the variations and nuances, their comparisons, etc are not the objective of this study. Nevertheless, the fact remains that these principles may serve to capture the defining principles or basic structure of Sanatana Dharma, which is the objective here.

Hence Sanatana Dharma may be defined as a Truth based system where the main purpose is to seek and know / realise the truth and go beyond all limitation in doing so, subject to the requirements of ahimsa, method and consistency/self – preservation, and to the laws of Karma.