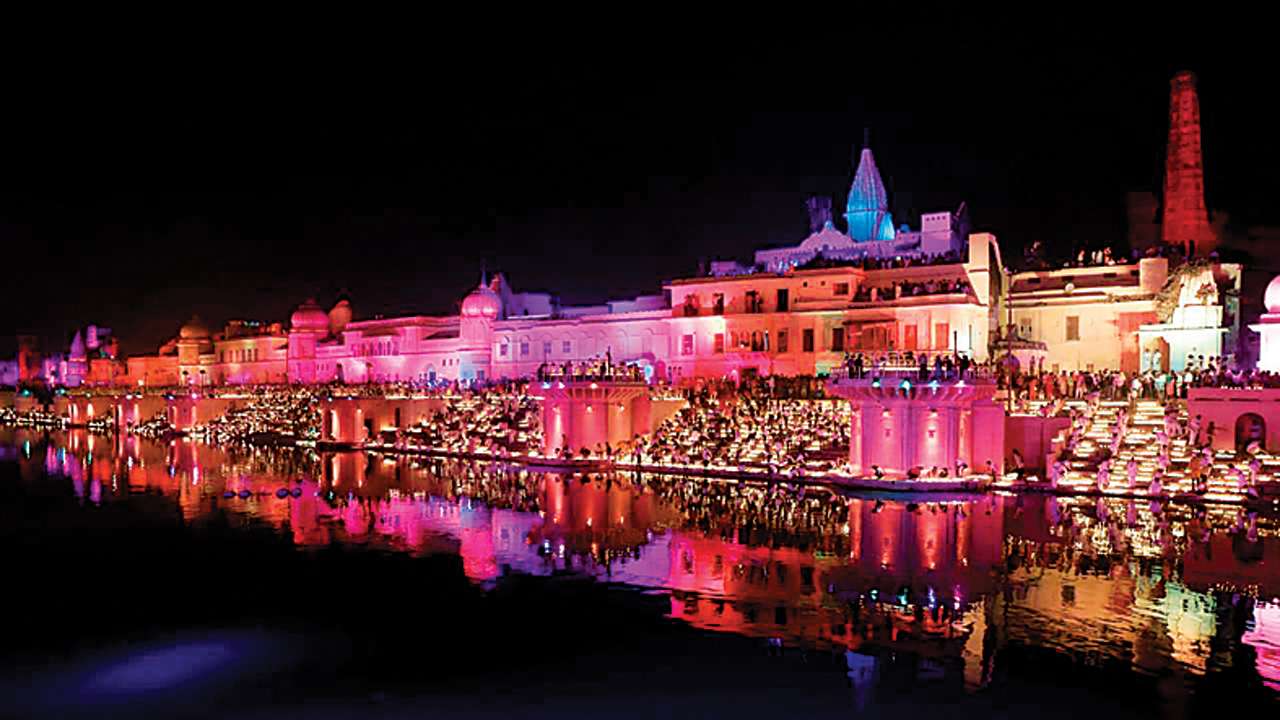 The bhoomi poojan of Ram temple in Ayodhya is a major landmark on India’s journey towards the Hindu Rashtra. We are indeed blessed to witness this historic moment. To grasp its true significance, one has to view it in a perspective of centuries. The last millennium, which opened with wanton destruction of Hindu temples by Islamic invaders, ended with a powerful popular movement to restore the Ram Janmabhoomi temple in Ayodhya. The current one opens with the foundation laying ceremony of that grand temple. No wonder the country is celebrating it as a grand festival of civilizational reaffirmation and resurgence.

To be sure, the challenges before the Hindu civilisation, which remain multiple and serious, would not disappear with the reconstruction of the Ram temple. The reconstruction, however, signifies Hindu society’s determination to overcome these challenges and also holds out an assurance of its success in this noble endeavour.

For centuries India has been struggling to retain its civilizational identity. It has been a battleground of two civilisations (Hindu and Islamic) for the last one thousand years and three civilisations (Hindu, Islamic and Western) for nearly three centuries. Muslim invaders were interested not just in enjoying India’s fabled wealth and power, but also in driving out Hinduism (“kufr”) and establishing the “only true religion”. Chronicles of their court historians testify to that. The British, too, were not as neutral or indifferent in civilizational issues as it may appear at first sight. Macaulay’s famous minutes leave no doubt on that score.

India did manage to retain her identity through these turbulent centuries, but it could not defeat the invading civilisations. It could neither absorb them fully through assimilation nor throw out what could not be assimilated. This inability to reject what it   could not digest was the essence of foreign conquest. Even today, it has not gained that freedom in full measure.

The unresolved tussle resulted in a civilizational stalemate. This stalemate, as Girilal Jain pointed out three decades ago, lies at the root of crisis of identity faced by our intelligentsia over the last hundred years. Are we an ancient civilization under assault from predatory forces or a hotchpotch of innumerable identities struggling to become a nation? Should we cherish our culture as a unique and invaluable asset or cut it asunder as burdensome deadwood from the past?

The foreign rule over the centuries, meanwhile, divided our intelligentsia into broadly into two groups. A large part of it, which wanted to enjoy wealth, power, prestige, status and position decided to collaborate with the ruling class by offering to serve it. A small part of the intelligentsia stuck to its roots and refused to join the rulers. It was driven out from the corridors of power, but its voice could never be completely silenced.

Members of the former group learnt Persian and Arabic, took up jobs under Muslim rulers and adopted their more sand manners. The British Raj was much wider, stronger and more uniform. Most members of the groups which had earlier collaborated with Muslim rulers now donned the new attire with alacrity. Thousands of Hindus took to English language, dress, manners and even ideas, ideals and thought processes. They came to view themselves as partners of the rulers rather than the ruled. The Nehru dynasty is a good example of this class. This rule —collaborate with rulers if you want to come up socially— remained in operation even after independence.

It was this class of Anglicized brown sahibs, with a history of serving successive foreign dispensations that formed the dominant elite at the time of independence. With Jawaharlal Nehru as its guiding star and spirit, it sought to remake India into a western image. Indian state under Nehru became a powerful agency for propagation of western ideals and institutions.

A word here about communists is in order. In India, the western civilization is represented not so much by Christianity as by Communism. Some Christians may appreciate the religiosity (not the religion) of the Hindus. But the Communists’ contempt for Indian philosophy, religion and civilization is deep, absolute, and uncompromising. They could think of no greater calamity than India returning to its Hindu ethos.

To continue with the story, the dominant left-leaning elite sought to mould India into a non-Hindu entity. It used Secularism to repudiate the Hindu ethos of India and socialism to humiliate the weal-creating business class and subordinate it to the benefit of an ever expanding rapacious neta-babu combine. Under its aegis, Hinduism came to be viewed as synonymous with superstition, inequality and exploitation. Nationalism became suspect and invoking India’s ancient civilization was branded as communalism.

The Ram Janmabhoomi movement was Hindus’ reaction to this soulless, rootless un-Indian state that had scant regard for their concerns and sentiments. The overnight conversion to Islam of Meenakshipuram village in Tamil Nadu in 1981, Khalistani terrorism in Punjab, the overturning by the Parliament of the Supreme Court judgment in Shah Bano case and fanning of separatism in J&K left Hindus deeply worried about their future in their homeland. That is why the opening of padlocks at the shrine at Ayodhya in 1986 and shilanyas at the site in 1989, meant to be minor diversions, became historic turning points. Ram came to occupy centre stage of the public discourse.

Like a subterranean river bursting out in a desert, Hindu awakening broke out into the open and carried away everything before it. All attempts to smother it failed. This was the sentiment that saw the BJP under Narendra Modi win absolute majority in Lok Sabha elections twice in succession. The civilizational stalemate that Girilalji spoke about is beginning to resolve in favour of the Hinduism. The left-leaning intelligentsia which dominated the public discourse has lost its political clout. Narendra Modi is the most visible and powerful symbol of this transformation. No wonder the dispossessed intellectual elite regard him as a mortal enemy.

The nature of the Indian state is changing. Nehru as prime minister sought to prevent President Rajendra Prasad from attending the Somnath temple renovation ceremony. Modi as prime minister is going to lay the foundation stone himself. We have indeed come a long way.

The reconstruction of Ram temple is not directed against the Muslims. The dispute is not between Hindus and Muslims but between those who respect India’s civilizational ethos and those who wish to destroy it. A Shia organization was among the first to announce donation for the temple. Pakistani author Tarik Fatah has consistently supported the cause of the Ram Janmabhoomi. On the other hand, Sharad Pawar was determined not to attend the ceremony even if invited. Left to himself, Mani Shankar Aiyar may perhaps erect the Babri mosque again at the spot.

An overwhelming majority of Muslims in Indian subcontinent are descendants of Hindu ancestors. In their veins also flows the blood of Vedic sages and saints of yore. Vicissitudes of history tore them away from their parent society. The temple reconstruction is an occasion for all of us to remember this blood relation between India’s two major communities. With silent endorsement of the temple reconstruction, Indian Muslims can bond again with their parent society. Millions are doing it already.

We may wish that all this should have happened twenty, thirty, fifty years ago. But history or Mahakal moves at his own pace. He cannot be pushed from behind; nor can his march be thwarted by trying to block his path.

The bhoomipoojan is an occasion for all of us to invoke Ram to be our unifier and liberator. Let Ram, who united the royalty and laity of his kingdom with tribals in forests and mountains in distant lands, bring together estranged brothers in his homeland. Let Ram, who liberated Sita from the bondage of Ravan, liberate us from the bondage of past and lead us to Ramarajya.