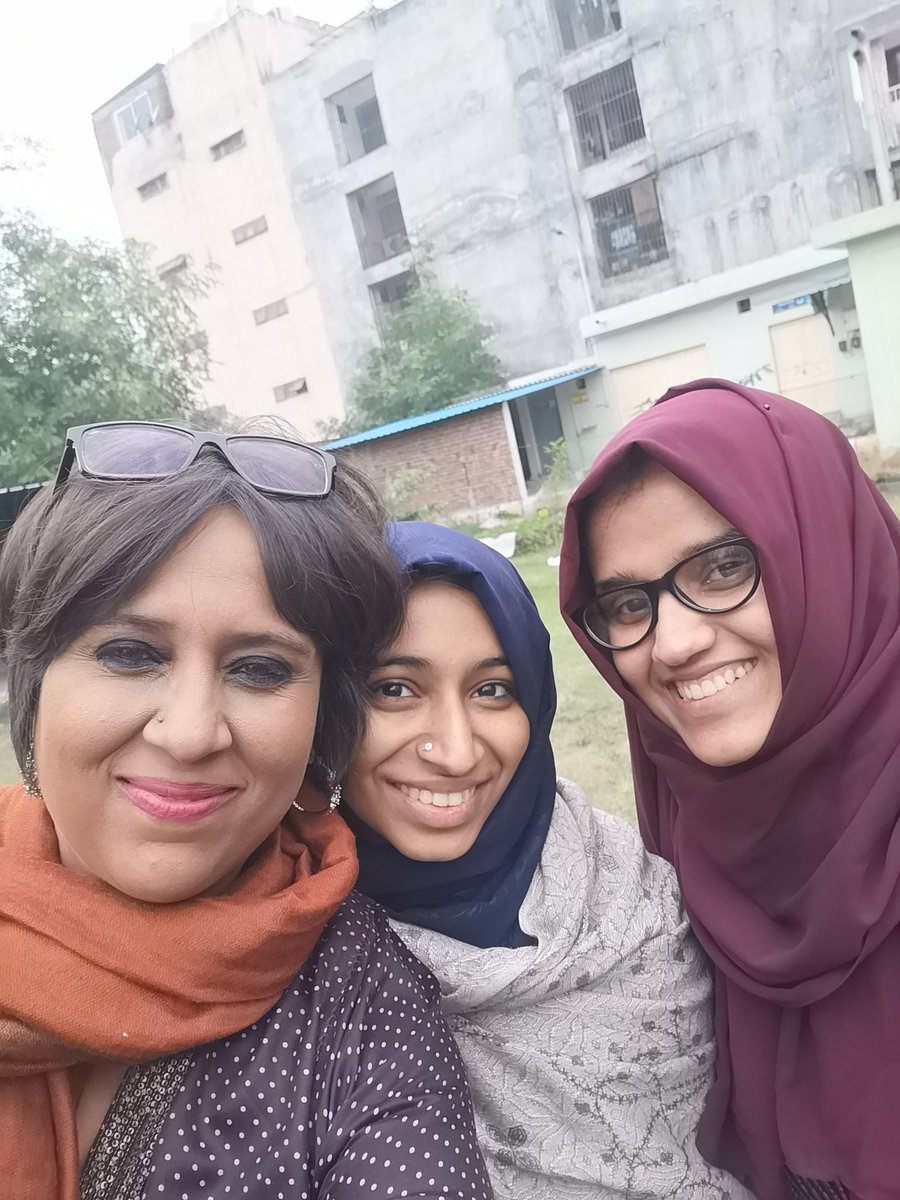 Let me state my conclusion at the outset. The recent changes in the citizenship law enjoy a tremendous support among the ordinary law abiding citizens of the country, except the northeast—which is a special case. The widespread violent protests and agitations in several parts of country are the handiwork of disgruntled parties and leaders facing an existential crisis of staying relevant. They are using some ardent followers of the religion of peace to show that they are still around, with full support of mainstream media and a little help from across the border.

The sweep and scale of the agitation against the Citizenship Amendment Act (CAA) across the country point to a carefully crafted design. Suddenly, large swathes of the whole country are aflame with thousands of people on the street indulging in torching of police stations and media vehicles, road blocks, destruction of public property and sabotage. There are rants of rivers of blood flowing in the streets. Chief Ministers are openly saying they will not implement a law duly passed by the parliament after a long and robust debate. It is as if the government has done something extraordinarily outrageous, wilfully pushing the country towards a civil war.

The violent and vociferous protests look contrived and choreographed when we realize that the CAA, which is said to be at the centre of the storm, does not affect the status of any Indian citizen – Hindu, Muslim or whatever. The Act is about fast-tracking the process of granting citizenship to Hindus, Sikhs, Buddhists, Jains, Parsis and Christians fleeing Pakistan, Bangladesh and Afghanistan to escape religious persecution and seeking asylum in India. It is about non-Indians, and not Indians of any persuasion.

The Act is an acknowledgment of realities of partition. When the country was divided on religious lines in 1947, a large number of Hindus and Sikhs were trapped in the territories that became Pakistan. In the decades following the partition, they suffered inhuman atrocities at the hands of their Muslim neighbours. Unprovoked violence and killings, abduction, rape and forced marriages of womenfolk, forced conversions, destruction of temples and myriad acts of humiliation and discrimination became norm in their daily lives. Thousands fled and sought refuge in India.

Congress leaders – Gandhiji, Nehru, Sardar Patel and Rajendra Prasad among them – had anticipated their plight and given assurances that they would be welcome to come over to India and become its citizens. Through the Nehru-Liaquat Ali pact of 1950, Jawaharlal Nehru in his wisdom abandoned the Hindus and Sikhs in Pakistan to the tender mercies of their Muslim fellow citizens, while undertaking to treat Muslims in India at par with others. Nehru and his successors bent over backwards to keep Indian Muslims in good humour, even as unspeakable miseries were heaped upon Hindus and Sikhs in Pakistan.

It is only now that the assurances given to them at the time of partition are sought to be fulfilled. The violent protests that the act has provoked is an indication of how far the country has moved in the wrong direction over the decades. It has once again highlighted the folly of Congress stalwarts in accepting partition without a complete exchange of population.

It is true that if Pakistan and what later became Bangladesh had honoured its obligations under the Nehru-Liaquat pact, there would have been no need for India to enact a law like this. But this argument is too clever by half. It was highly stupid of Indian leadership to expect Pakistan to treat non-Muslims at par with Muslims. A more pertinent truth is that millions of people would have been spared a colossal amount of misery if Congress leaders at the time of independence had insisted on full exchange of population before accepting partition. Muslim leadership was willing, and quite a few Congress leaders favoured it. But Gandhiji and Nehru could not swallow the fact that they had been outmanoeuvred by a wily Jinnah with British support. India’s ruling establishment sired by Nehru has spent seven decades denying the reality that what remained after the secession of the Muslim component including army and bureaucracy was Hindu Rashtra.

The CAA calls their bluff, though in an indirect manner. It acknowledges that India is the natural home of followers of Indic religions in the ancient Bharatvarsh. This is the only country they can call their own.

Yes, the Act pointedly excludes Muslims from the list of communities to be given shelter on priority basis. This is what has miffed the secularists and Muslims no end. But there are sound reasons for excluding Muslims from its purview. The act is meant for relief of minorities fleeing religious persecution; and Muslims cannot be regarded as a minority in Pakistan, Bangladesh or Afghanistan. They are tormentors and persecutors of minorities seeking asylum here and cannot be placed at par with their victims. And, truth be told, experience world over shows Muslims as unwelcome and undesirable neighbours.

It is argued that Shias, Ahmediyas and Bahais facing persecution in Pakistan should also have been included in the list of minorities in the Act. There is no need for that. The schism between Shias and Sunnis, and Ahemdiyas and other Muslims is an intra-Muslim affair and predates partition. India, a secular state largely peopled by non-Muslims, is under no obligation to address the problems arising from it. Secondly, while Muslims have their fair share of internal differences, they largely agree on the treatment to be meted out to the kaffirs. We shall be better off warding fleas off our own plate, as the proverb goes.

For long the secularists peddled the myth that Muslims who stayed in India after independence chose secularism over Islamic separatism. Were it so, it should have been easy to get their support for a law that brings justice to minorities in neighbouring countries. The fact that so many of them are so violently up against it shows that Muslims in India have accepted secularism for Hindus, not for themselves.

This longish background was necessary to clear the air and get a clear understanding of what is happening.

The heat on CAA is not the work of just a few political parties or groups. The entire anti-Modi anti-Hindu anti-national secularist establishment is striking back with all the might at its command. Dissent manufacturers on the campuses, sleeper cells of ISIs, Modi-haters in mainstream media, court historians and other ‘intellectuals’, political parties beholden to Muslim vote banks have all swung into action. It is literally a matter of survival for them.

Passage of triple talaq bill in July, Operation J&K in August, Ram Temple verdict in November and now CAA in December: Modi is moving too fast for their comfort. He has already broken the myth of the power of Muslim vote bank. For our own survival, he needs to be jolted into realizing what his opponents could do. That is the thinking of the masterminds behind the protests.

Students of Muslim centric universities are on the rampage. Muslim infiltrators know that their game will be up soon. Muslim citizens are being told that this is the first step towards reducing them to second class citizens. NRC and uniform civil code will follow shortly. Newspapers and TV channels are full of coverage of violence and protests against the CAA, even as the voices and demonstrations in its support are muffled. Pakistan is helpfully active on LOC.

Where do we go from here?

First, the government must deal firmly with perpetrators of violence. It must chase and chastise them wherever they are and whoever shelters them, including students.

At the same time, it must clarify repeatedly that the Act does not affect the status of any Indian citizen at all. No one need harbour any fear on that count.

Second, it must hold to account chief ministers who declare in a show of false bravado that they will not implement the CAA. They are under oath to protect the constitution and implement laws made under it. Citizenship is a central subject, outside the domain of the states. They could be dismissed for defying centre on an important matter like this.

Third, the protests in northeast, especially Assam, need to be viewed in a different light. These states fear loss of their ethnic and linguistic identity due to massive influx of outsiders, both Hindus and Muslims. These fears are rooted in recent history and ground realities. They need to be exempted from them the purview of the act. Indeed, steps should be taken to drive out illegal infiltrators residing there. In any case they should be stripped of their citizenship and voting rights.

Fourth, universities like JNU, AMU and Jamia Milia should be recognized for what they are: dens of anti-national ideologies and communalism. Stop pampering them, keep them on a shoe-string budget and keep a watch for anti-national elements sheltered by them.

All right thinking citizens must support CAA, and NRC when it comes. Instead of being hoodwinked by the high-flaunting rhetoric of left-liberals, they ought to see things in proper perspective.

We must realize that the secularist establishment can stoop to any depth to weaken Modi. It has little use and no love for India that it cannot rule and plunder. Don’t underestimate its capacity for mischief. Owaisi is trying to position himself as an uncompromising leader of all Muslims like Jinnah even as Congress under Rahul Gandhi is trying to outdo him in a desperate bid to regain its Muslim vote bank. The left is on its last leg and will do anything to retain its toehold in the country. They are aided by large parts of mainstream media, bureaucracy and even judiciary, not to mention their patrons and benefactors abroad. Therefore, endless agitation, violent protests, disruption, roadblocks, will be the order of the day till this brigade is left with any strength. Brace for it and do your best to isolate and expose these homegrown enemies.

Finally, for the first time after independence, we have got in Narendra Modi and Amit Shah political leadership with rare ideological clarity and political courage. We must stand solidly behind them in implementing the nationalist agenda, if we wish India to survive as India.