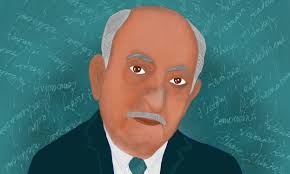 There is general agreement among scholars that Indian history needs to be rewritten in the light of new findings and new methods that did not exist until recently. Dr. N.S. Rajaram, a scientist turned historian has been at the forefront of the research and the debate for over 25 years. His work has contributed to the demolishing of the colonial era Aryan Indian Theory (AIT). More recently he has also highlighted the important role of Netaji Bose in India getting freedom, which was been sidelined by Nehru and his followers to enable Nehru to take all the credit.  This site’s (YAI) Editor recently caught up with him:

YAI: Why is it necessary especially now to correct the writing on Indian history?

NSR: What is taught is not Indian history at all but the record of invaders and occupiers. The sources are the accounts of Muslim invaders and British colonial era.  They naturally gave a negative account of Indians and their traditions. Our children deserve better than this. Indians are excelling everywhere in the world. So they have reason to feel good, not feel like perpetual losers, which is far from true. Only India survived the Asuric onslaughts by Alexander, Islam and later by colonial Europeans. No other civilization has survived.

YAI: It is often claimed Indians (by imperialists typically, about all colonial subjects) have no sense of history, so we have only accounts by foreigners to go by.

NSR: This is an afterthought, a rationalization to justify preconceived theories, like the Aryan Invasion. We have the Vedas and the Puranas that have nothing on the Aryan invasion. So instead of accepting their theory has no evidence, they said Indians have no historical sense. In a scientific field, if evidence does not fit the theory we re-examine the theory, not dismiss the evidence as these historians are doing.

YAI: How should we classify history- as Hindu, Muslim and British?

NSR: This is a beginning but somewhat unbalanced. The British was barely 200 years while the Islamic was twice as long and the so-called Hindu period is well over 5000 years long, and includes the colonial period to some extent. Then you have the post-British period to the present, or the last 75 years or so. Here I have near first-hand knowledge since my family knew people like C. Rajagopalachari, Netaji Bose, General Thimmiah and others. This history has also been falsified to glorify Gandhi and Nehru who made many mistakes which made India a poor and weak country. Also Ahimsa was a fad rooted in fear of losing, to glorify a few individuals and a family.

YAI: This is a major program. Where should we begin?

NSR: Begin with the peopling of India 70,000 years ago and earlier. Then use the yuga concept which can handle long periods which modern history cannot.  Then the period of discord, coming to the Islamic invasions and the Mogul Empire. This followed by British colonialism. Then the freedom struggle which includes the struggle against Muslim Rule. In this the role of Kshatra was all important and Ahimsa was a failed fad.

NSR: The main challenge is integrating data from other sources like literature, pre-historic archaeology and natural history with IVC findings. Because of the Aryan/Dravidian myth, IVC has been kept separated from Vedic literature. How can that be? Vedic literature is from the same region. I see IVC archaeology as the material remains of the civilization that created the Vedas.

YAI: Tells us about the Harrapan language and script in terms of its findings and impact.

NSR: David Frawley and I have written small books, specifically for that. Sarasvati River and the Vedic Civilization published by Aditya Prakashan, as well as Hidden Horizons published by Swaminaryan BAPS. As far as language and script are concerned, no reason to believe it was unrelated to Sanskrit when Sanskrit was used for other literature in the region. The idea it is some kind of Tamil is political based on Aryan invasion which has been discredited. The late Dr Natwar Jha, who deciphered the script, and I wrote a book called The Deciphered Indus Script.

YAI: Many of us grew up thinking some of our greatest epics were pure myth or that IVC was just another contemporary of other civilizations.  Indeed today, we have “mythologists” whose bread and butter is to perpetuate history as myth. What should we be prepared for in terms of the Ramayana, the Mahabharata, and their actual record of history?

NSR: Most mythologies have a historical core. When something of great impact happens, it becomes part of mythology. Even modern figures like Gandhi and Netaji Bose are now part of our mythology.    History is what happened, mythology is how we remember it.

YAI: We have some over-zealous amateurs as well as politicians making somewhat “unusual claims” about flying saucers and what-not? Are these folks muddying the waters and confusing the evidence-based narrative?

NSR: They will do what they want. They won’t listen to anyone. We must be rigorous in our approach and not make excessive claims.   The challenge now is to get these findings into textbooks or find ways of reaching young people. Textbooks are still full of discredited ideas like the Aryan invasion and the myth of Dravidians. This cannot go on.

YAI: In the last few decades, we have started to see bolder critiques of our national icons since independence.  You have written quite scathingly about both Gandhi and Nehru. What is your view in terms of a society or civilization like ours in India that has yet to come to terms with its real heroes? Does the public not have a right to have a true picture of Gandhi and Nehru specifically, or is this just going to be dismissed by Marxist historians and their crew as a “right wing” view?

NSR: Interested parties, not just Marxist historians will dismiss anything that undermines their position.  But we must present our findings with supporting evidence and let the readers decide for themselves. It will take time for people to accept new ideas.  That is why Napoleon said “History is nothing but fiction agreed upon.”  We need to reach people in a manner they are comfortable, like modern media, and use the internet and social media to reach people directly. They may before long replace printed books, as is happening with newspapers.

YAI: I have seen people offer alternatives to “Father of our Nation”? Who should be our real father or fathers or parents of our nation?

NSR: There is no one father of the nation. Nor do we need one. Let us just understand as well as possible and learn from history.

YAI: Without the works of giants including Sita Ram Goel, Ram Swarup, Meenakshi Jain, BB Lal, K K Muhammed, several others and of course, yourself, the recent Ayodhya verdict would not have been possible.  How do you feel now with the recent ruling?

NSR: Naturally I feel happy. But I feel that there are still some individuals and groups who will try to keep the trouble alive for their own interests. These are not only Muslim outfits like the Muslim personal law board, but also leftists and ‘scholars’ and lawyers who in addition to loss of face, will also see loss of potential income. Also the truth should be widely dissipated with articles in regional languages.

YAI: There is a recent proliferation of Lit Fests now that are more focused on the native view, the Hindu view.  These are challenging the liberal Marxist run Lit Fests.  How do you feel about this development?

NSR: Still it is mainly reactive. Good development as we need our own literary festivals. Recognizing the work of authors like S.L. Bhyrappa, Bankima Chandra, Frawley and several others. Both fiction and non-fiction.

YAI: What is your main message to our new and current breed of researchers, historians and dharmic oriented intellectuals?

NSR:  What Swami Vivekananda said a hundred years ago. Learn Sanskrit to study Indian sources but master also the Western approach who have shown the critical approach to the study of problems. Also write popular articles on important topics in Indian languages.

YAI: Thank you Dr. Rajaram for your time.