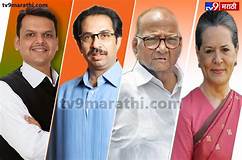 Shamelessness is their shield

The formation of Shiv Sena-NCP-Congress government in Maharashtra is a fraud on the people of the state and a travesty of their verdict. Never was the politics of power, the hankering after pelf, patronage and office, more visible to the common man in all its stark nakedness. The BJP had a chance of shining in solitary splendour of majestic isolation by opting out of the rat race; but it chose to fall for temptations of office. In the end, it lost not only power, but also much of its moral standing and popular sympathy.

For decades, Shiv Sena had lashed out at Congress in vulgarly acidic language for dynastic politics, corruption, anti-Hindu policies and mis-governance. For decades, Congress has run down the Sena as a bunch of chauvinistic, narrow-minded, communalist goons. Both of them had hurled choicest abuses and invectives against Nationalist Congress as a club of the most corrupt politicians.

And now we learn that the three parties have entered into an irrevocable (until further notice) alliance to keep “the communal forces” at bay and provide a “cohesive, purposeful, responsible, responsive and transparent administration” to the state with “collective effort”. Shiv Sena is the newly anointed custodian of secularism in the state.

Not even a fig leaf of ideas, ideals and ideology is available to the actors in the high-voltage political drama enacted over the last few weeks. BJP and Sena were tied together by Hindutva, but are daggers drawn today. Congress and NCP, both bulwarks of secularism, have conveniently backed Shiv Sena. BJP which said that Ajit Pawar deserved to be in jail for corruption in irrigation projects had no problem stitching an alliance with him in the dead of night and making him deputy chief minister.

These contradictions begin to make a sense, however, when you consider the interests, incentives and motivations of the players.

Apparently, the Sena-BJP relationship broke down over the latter’s adamant stand over the chief ministership. That a party with 56 seats should demand the top slot when its partner has got 105 and walk away when it is not conceded, may seem extraordinary. But that is what we saw.

However, the real reasons which drove the partners apart are different and various.

First and foremost, Shiv Sena feared that it would become irrelevant if it remained in BJP’s shadows any longer. When Bal Thackeray was around, BJP deferred to his authority and was content to play the junior partner. Now, with the departure of the senior Thackeray and emergence of Narendra Modi as a towering national leader, the equation has been reversed. After the J&K initiative and Ayodhya verdict, BJP has securely pocketed the Hindutva card, whereas Sena’s Marathi manoos card is losing relevance in urban areas and contested hotly by Sharad Pawar in the rural areas.

Moreover, in Devendra Fadnavis, BJP has a regional leader who is wise, able and clean. An unknown quantity when he began, Fadnavis is now a leader in his own right. This has added to Sena’s worries.

When the assembly election results were out, the Sena found to its satisfaction that the BJP was far short of a majority of its own and was not in a position to form the government without its support. It was then that it decided to go for the kill. Things did not work out exactly to its plans, but it has had the satisfaction of seeing its leader as the Chief Minister and forcing Devendra Fadnavis to sit in the opposition.

Sharad Pawar, the seasoned politician, saw the opportunity when it arose. Unhappy with BJP for aggressively poaching leaders of his party or pursuing corruption cases against them, he played his cards extremely well to secure power in Maharashtra, split the NDA at the centre and give BJP a bloody nose at least for now. Assuming that his nephew Ajit Pawar had acted on his own in siding with BJP, Sharad Pawar demonstrated exemplary political acumen in ensuring his happy ghar wapsi and reinstating him in the party.

The BJP leaders seemed to think that loss of power in a large and rich state like Maharashtra would affect its standing at national level and may embolden smaller allies to be more assertive. Their calculations have badly misfired. Their show of injured innocence would have sounded more credible if they had refrained from playing the “masterstroke” at midnight. Now they must not do anything to destabilize this government. They should wait patiently for the contradictions of the alliance partners to discredit and destroy the government.

For Congress gains are mixed. It has traded short term local advantage for loss of credibility at the central level. Sonia and Rahul kept away from the swearing in ceremony in Mumbai, but the damage is done.

Ironically, although every leader and every party has acted out of self-interest, all of them have come out losers in a real sense.

Shiv Sena has shot itself in the foot and may be on the road to self-destruction unless it can reinvent itself as a regional party with a measure of credibility. Udhdhav Thackeray has made too many compromises. Bal Thackeray never stirred out of his residence to meet anyone. All including prime ministers had to meet him at his home. Udhdhav Thackeray went to meet the likes of Ahmed Patel at a city hotel. Aditya Thackeray the rising ‘son’ of Sena met Sonia Gandhi in Delhi in a bid to assuage her reported displeasure. Chhagan Bhujbal who ordered the arrest of Bal Thackeray is now a member of Udhdhav’s government.

Congress, by joining Shiv Sena as a junior partner, has destroyed its credibility with Muslims, much like it did after demolition of Babri mosque. It has also moderately compromised its prospects in south India.

The government is unlikely to last long. There is no love lost among the three partners. Each has a deep distrust of the other two. The only common minimum programme is to make a pile till the sun shines. Rumblings of dissidence will be soon out in public. Every MLA supporting the government is keen to collect his reward. Parties are already planning their games of one-upmanship. The atmosphere is so sullied with suspicion and bitterness that fresh polls look inevitable sooner rather than later.

The real losers are the people of state. They had given a clear mandate in favour of a pre-poll alliance of parties which had been together for decades. The spectacle they were forced to witness was beyond their belief. Their “honourable” elected representatives had to be taken away and sequestered in remote places so that they are not bought over by rival parties. How honourable!

“My shyness has been in reality my shield and buckler. It has allowed me to grow. It has helped me in my discernment of truth,” said Gandhiji in his autobiography.

For our politicians, shamelessness is their shield. If you called them opportunists, they may not bat an eyelid: to them the term is descriptive, not pejorative.

“But don’t you know that all ideals and teachings of Gandhiji were interred at Rajghat with his ashes?”