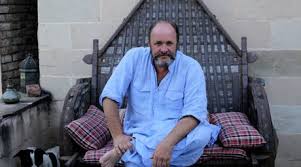 In liberal circles in the West, especially in America, it is an article of faith that their Left-liberal public positions are the result of a sense of guilt over the injustices committed by their ancestors against Africans, native Americans, Eskimos and the like. This is less than the truth, for they, the missionaries in particular, are neither liberal nor burdened by any sense of guilt but see themselves as saviors of heathens like the Hindus. But academics and religious scholars transfer their atrocities to people like Hindus who are not guilty of any such horrors. And they feel they are justified in their imperialistic exploitation in India because of Indians’ supposed failure to share their guilt, never mind affirmative-action type reservations and other privileges guaranteed to the lower classes by the Indian government and the universities.

A consequence of this sophistry is that it provides apologists a rationale to present European colonialism as a favor to the victims. Never mind the fact a minor power like England came to acquire the richest Empire in world history. Not to overlook in the process London acquired major facilities like the subway (tube trains) that changed its economy and living conditions beyond recognition. It is not widely known that prior to the advent of the tube trains, most Londoners worked as domestic help.

William Dalrymple, the author of the reviewed book belongs distinctly to the class of colonial apologists while projecting himself as an objective historian writing about the East India Company that morphed into the British Empire. There is no sense of guilt but only pride concealed as the economic brilliance of this missionary imperial enterprise masquerading as a trading company. For the record, Winston Churchill too writes in the same vein that this trading company somehow blundered into an Empire.

Dalrymple’s writing has an element of rationalization bordering on gloating. In the process he commits blunders of omission and commission. To begin with he fails to note that the British in India had the advantage of succeeding a singularly brutal ruling class, the Muslims of various stripe and the Mughals. Any rule would have been welcomed after the horror of Muslim rule. But Dalrymple finds much to admire in the Mughals, even the feckless Bahadur Shah Zafar, but not Shivaji or Guru Govind Singh, much less Holkar.

Another point to note is that unlike the Nawabs and the Mughals, the British were good employers, prompt in payments, with the result they attracted the best Indian talent in administration, economy, and above all the military. Only Akbar among the Muslim rulers could be compared to them. Hence the British Empire is more properly called an Indo-British enterprise. One can see evidence of it in East Asia, Africa as well as the Caribbean and now, even Great Britain. The vaunted British health care system could not function without Indian professionals.

Dalrymple has his type in India willing to whitewash the atrocities of Islamic invaders in spite of abundant evidence to the contrary. Nehru should be called a pseudo-colonial leader, for he was infatuated with the British rule just as he and his ancestors were products of Mughal rule and its beneficiaries. But the latest manifestation of this anti-Hindu phenomenon is so-called human rights. There is no hint of any guilt in this but only self-righteous moralizing, passing judgments over others who hold views different from their own.

Why do people moralize; is it because they feel guilty about their predecessors? Hardly, because they want to feel superior to the rest of us. As Emmet Tyrrel Jr, author of the entertaining book The Liberal Crackup saw, “At the heart of the liberal crack-up is the impulse to politicize everything from food to sex to happenstance — and to moralize. The liberal of the liberal crack-up is a free-floating moralizer. Such liberals are also dramatists of the most adolescent variety. No human experience is beyond their melodrama.”

As John Williams, author of the novel Augustus the Emperor wrote:

The moralist is the most useless and contemptible of creatures. He is useless in that he would expend his energies upon making judgments rain rather than upon gaining knowledge, for the reason judgment is easy and knowledge difficult. He is contemptible in that his judgments reflect a vision of himself that he would impose upon the world. I implore you, do not become a moralist; you will destroy your art and your mind.

Curiously, individuals who truly achieved the betterment of suffering people, like Martin Luther King and Nelson Mandela never engaged in moralizing. It seems to be non-achievers who are drawn to moralizing.

In short it is nothing but narcissism, the moralist seeing himself as morally superior to the rest of humanity, which should see him as the role model for the rest of us. A prime figure who exhibits this in India is Arundhati Roy, who seems to think that the award to her from a former slave trading company (the Booker Prize) qualifies her to sit in judgment over others.

The book review correctly notes that British military superiority lay in its superior logistics and management, not necessarily weapons or soldiers, for Indian soldiers fought on both sides. It was the same in the Fanco-Prussian War of 1871 which saw Prussia trounce France. Dalrymple’s knowledge of military history seems to be deficient in that he does not recognize that the superiority of European armies is a recent phenomenon. Through most of history, it was Asian armies that were superior. As Field Marshal Montgomery notes in his authoritative book History of Warfare, the military technology of Asia was generally superior to that of Europe.

It was so when Chandragupta Maurya defeated Seleucus and the Greeks; when the Persians (Achaemenids and the Parthians) repeatedly defeated the Romans, as did Attila the Hun who ended the Roman Empire; Chengis Khan defeated everyone all the way to Poland. And finally, the Ottoman Turks defeated the Eastern Roman Empire and established their empire at Constantinople.

The superiority of European powers can be said to begin with the defeat of the Ottomans at the hands of the Austrians and the Russians. Reasons are not hard to find. The Islamic world from Turkey and Egypt to Moghul India missed both the scientific revolution and the industrial revolution that followed it, thanks to the anti-intellectualism of Islam.

It is disappointing that Dalrymple has failed to see this. But things might be returning to the old norm. The Japanese defeated the Russians in 1905 (Russo-Japanese War) and the British later. As Field Marshal Slimi who commanded them noted in his Defeat into Victory, it was the Indian Army that saved the British. The French were defeated by Vietnamese led by Giap. None of this finds any mention in Dalrymple’s book (even if the scope of the time period he covers is slightly different) due to ignorance or because it goes against his conceptual framework and shows the defeat of colonialism. On the whole, disappointing fare. One expects better from a veteran like Dalrymple.