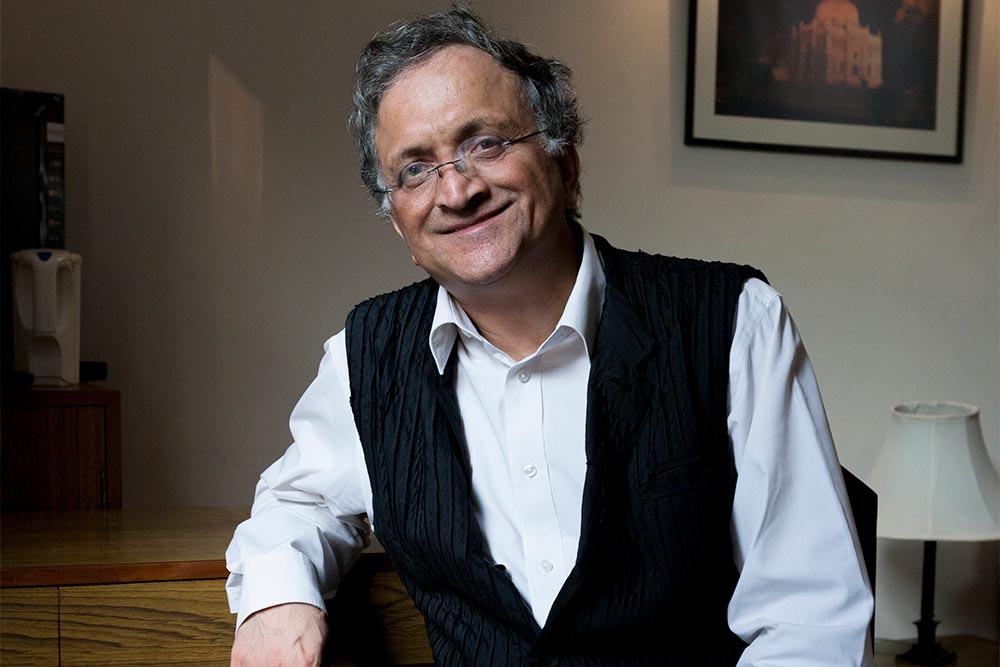 It’s that time of week again. Another Guha brilliancy, by a man who carries such a revered first name, Ramachandra.  The contrast cannot be bigger.  Compared to his books, his articles are thankfully shorter, as his latest in the Washington Post follows predictable lines.

The Hindu-leaning OpIndia attempted a debunking, but it still came off as too polite.  They definitely got one thing right: “The article demonstrates perfectly why Indian liberals are hated with such intensity by ordinary citizens.”  One caveat though: whom among the ordinary non-English speaking citizens ever read him?  It is left to us who do pay attention to have to suffer through another patronising India-baiting column in the Washington Post.  Surely Guha can already sense this, his deterioration from esteem; in any case, he must know his audience is, as some say in real estate, “west-facing”.

As someone who was an innocent former fan (i was young!), I and many others should be even more upset.  Now, many of us read him more for “oh what has he said now” rather than anything incisive. And here he does not disappoint, just annoys.

He starts by quoting General Auchinleck, about how it was the then common view that India would not survive as a nation.  What he leaves out was the sinister attitude of this General towards the Indian side, while his most trusted aides were both Muslims and (eventually) Pakistani.  “Both the Hindustan Times and the Indian News Chronicle had exposed the blatantly anti-Indian role of the boundary force and of Auchenleck in particular” (Source: The Tragic Story of Partition, H V Seshadri, 1982).   By quoting him, is Guha effectively whitewashing a most untrustworthy source?

Guha then mentions another British official talking about the Indian elections of 1952: “….view with astonishment the absurd farce of recording the votes of millions of illiterate people.”  This is the height of absurdity, to quote someone from the very establishment who made India fall into the depths of illiteracy.

Later he takes pride about how “India anticipated the European Union by many decades.” Here again, his error is astounding.  India anticipated this by millennia, not decades, but Guha is not known to be a Hindu civilization expert.  This type of finesse is inserted to reinforce among Guha’s western patrons the idea that they helped unite India.

On Nehru, Guha talks with admiration about how he had pointed out that left-behind Muslims had nowhere to go. Another subtlety to paint a humane Nehru, rather than take the realistic view: did Nehru and Gandhi just let the problem fester for future generations, not to mention pocket a ready vote-bank? In any case, it tells you that Guha too has little intention of addressing the tenets of Islam and its application in both undivided and present India.  Nehru’s general disposition towards Indians, and his later blunders are also side-stepped casually.

When mentioning riots, Guha leaves out that they tended to be disproportionately started by Muslims, usually with a meek Hindu response at best, one reason the 2002 riots were seen across India as of a different kind.  Finally, Hindus could fight back against fundamentalists used to state patronage in Nehruvian India.  Today’s Europeans and Australians could learn a lesson from India’s past.

Describing Modi as a “cult of personality” would be an insult to Gandhi and Nehru, but Guha does have his comedic moments.  Of course, naturally, Modi’s “repressive methods” have attracted applause presumably because of some version of “Hindu Nazi” revival.  Certainly not because the public had grown tired of the Congress appeasement disasters of the last seven decades that kept the state separate, some of its people discriminated against, and enabled militancy.  All this as pliant Kashmiri dynasts did little for the valley other than build palatial homes in India and abroad, while playing victim for decades.

Again, using the crutch of Nehru, who said: “India is home to all that is truly noble as well as truly disgusting in the human condition”, one can ascertain Guha’s own India view.  That India is the home of the truly disgusting who are not of his political persuasion.

Finally, he not only lists just about any ill that could be blamed on Nehru dynasty governments, but also laments the lack of credible opposition. How is it Modi’s fault that the previous ecosystem has lost credibility? Perhaps the Indian public is to be applauded for evicting them, and ignoring Guha and company.

A balanced view is asking too much; one where India might even have a good case would be out of the question.  Especially with honour among thieves, when a Fareed Zakaria swoops in to re-assert Guha’s place as India’s most distinguished historian.  Fareed, how could you ignore Shobaa De, you misogynist, you!  We should be curious who makes Mr. Zakaria’s top ten list and what are his credentials to make such anointments.  While we are at it, does Guha have historian’s credentials that can be removed? No.

As Guha “downgrades” India’s democracy for the international press, fortunately, there is no one to downgrade Guha from any position of entitlement. Guha in person remains charming, and his talks are highly engaging.  But reading him has become something of an exercise for the ordinary Indian Anglophone reader if moonlighting as a psychologist.  Why did this deracinated young man (now in his 60s) never come to terms with the fact that his country was brutally colonized, and then neo-colonized by the very dynasts who gave him a lucrative pedestal.  That is both a question and an answer.