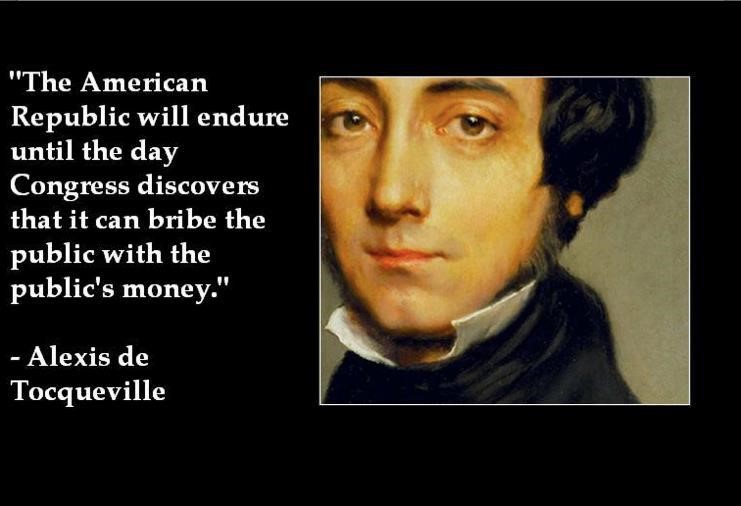 As Nehru saw it, the Indian nation was synonymous with Indian democracy:  nation building meant building India as a democratic state. In the words of a leading academic based in the west (Sunil Khilnani), “Nehru’s idea of India sought to coordinate within the form of a modern state… democracy, religious tolerance, economic development and cultural pluralism.” He failed to note that this was accompanied by a disdain for its ancient heritage as part of it’s new national identity.

A question to be asked is why has democracy taken such deep roots in India? Even during the Emergency imposed by Mrs. Indira Gandhi, people were prepared to oppose it and go to jail. Mr. Khilnani rightly dismisses the romantic notion that India had democratic institutions in ancient times and the experience was nothing new. He does recognize that a power sharing hierarchy was part of society in the institution of caste. As far back as 1949, Dr. D.V. Gudappa pointed out that the system must have served some function for it to survive for thousands of years. As sociologist M.N. Srinivas pointed out caste is always changing— it is not today what it was in 1949. This was pointed out also by the medieval historian K.S. Lal in his work The Growth of Scheduled Tribes and Castes in Medieval India.

Mahalanobis the brains behind Planning Commission

For India’s economic development Nehru followed the Soviet model of centralized planning. Some scholars suggest that it owed less to Soviet Russia than to Europe. If so, Harold Laski of the London School of Economics was a major influence. According to the U.S. Ambassador John Kenneth Galbraith who was close to Nehru, “the center of Nehru’s thinking was Laski” and “India is the country most influenced by Laski’s ideas”. It is mainly due to his influence that the LSE has a semi-mythological status in India. He was a revered figure to Indian students at the LSE. The most influential of Laski’s Indian students was Nehru’s favorite and alter ego V.K. Krishna Menon.

India was not the only country influenced by Laski. He attracted a large number of students from third world countries who went home to apply his ideas to their newly independent countries, often leading to political instability and economic ruin. While there is no denying Laski’s influence, Nehru’s admiration for the Soviet Union is a matter of record that should not be swept under the rug. In his Soviet Union, Some Random Sketches (1926) Nehru wrote: “Russia interests us because… conditions there have not been, and are not even now, very dissimilar to conditions in India… Much depends on the prejudices and preconceived notions… [but] no one can deny the fascination of this strange Eurasian country of the hammer and the sickle, where workers and peasants sit on the thrones of the mighty and upset the best laid schemes of mice and men.”

Curiously, Nehru’s admiration extended even to Lubyanka, the  notorious Moscow prison with the beautiful name. “It can be said without a shadow of a doubt,” Nehru wrote, “that to be in a Russian prison is far more preferable than [sic] to be a worker in an Indian factory. The mere fact that there are prisons like the ones we saw is in itself something for the Soviet Government to be proud of.”  For a man who could admire Soviet prisons it was not hard to admire and adopt the Soviet system of planning.  One does wonder if Indira Gandhi shared this admiration during the Emergency when she threw thousands into prisons.

To give shape to his economic plans, Nehru turned to the highly regarded statistician P.C. Mahalanobis. Mahalanobis was as much an institution builder as a scientist (and self-promoter). He was the force behind the Planning Commission as he had been of the famed Indian Statistical Institute. (The ISI though owes no less to the contribution of others, notably mathematician C.R. Rao and geneticist J.B.S. Haldane.) Mahalanobis succeeded in convincing Nehru that histour de force, a mathematical magic box that he modestly called the ‘Mahalanobis Model’ could be the answer to the economic analysis needed for the five year plans.

Like the legendary Kama Dhenu of Hindu mythology, the Mahalanobis Model could grant any wish in the form of numbers: one had only state one’s wish and it spat out the desired numbers. Armed with his ‘Model’, Mahalanobis went on to become Nehru’s soothsayer and number cruncher. It attracted little foreign investment—if anything it did the opposite with several companies closing their Indian operations—but attracted droves of economists. Another legacy was a feudal system of favored ‘experts’ to advise the government like Mahalanobis, Homi Bhabha, Vikram Sarabhai (another scientist turned numerologist), and most recently Sam Pitroda, Amartya Sen and Montek Ahluwalia. Their legacy is still felt.

Twenty years after: state of the Nehru dream

India is a post-colonial state, even a Nehruvian state. This state has existed only since 1947, with frontiers and institutions largely as the British had left them. Even the Indian Constitution owes much to the 1935 Government of India Act. The Indian experience has shown that democracy is compatible with Asian cultures— at least with the Indian culture. At least some of the credit should go to the hierarchical power sharing in-built into our communities (or as some would pejoratively call caste). After all, every state is a hierarchical system or it becomes anarchy.

The Congress fortunes were artificially boosted by the performance of its allies in two southern states— Andhra Pradesh and Tamil Nadu. Recent elections (2010) including state elections in U.P., Punjab and others suggest that voting patterns no longer strictly follow caste patterns. Or we should perhaps say that caste changed in response to democratic experience and no longer fits into the pattern prescribed by vote bank calculations.

Shortly before his death in 1999, sociologist M.N. Srinivas (left) edited a book he called Caste: Its twentieth century avatar. In a lengthy introduction Srinivas, India’s greatest sociologist and the foremost student of the role of caste in society observed that caste is a dynamic system and should not be treated as fixed for all time. But this was how caste and Hindu society in general were portrayed and analyzed by Western scholars and Indians who took their cue from them. A feature of the post-Nehru and post-Indira era was the emergence of caste and community based politics and political parties. This was captured by Srinivas in the phrase ‘votebank’— a term he coined in 1955.

In all this, there was an implicit assumption that caste and community loyalties remain frozen and can always be tapped for votes. An often ignored fact is that caste parties like the SP and the BSP only capitalized on the caste and community based political paradigm (or vote bank politics) introduced and institutionalized by the Congress. They did not innovate it. C. Rajagoplachari (Rajaji), a critic of Nehru had observed as far back as 1963:

“What the Congress Party does speaks far louder than it’s preaching. Communalism is at the root of all the decisions of the Congress Party… Instead of allowing and encouraging a natural synthesis of castes and communities in a developing continent, the coming together is directed to be brought about through political affiliation to Congress and through that means alone. The result is instead of casteism disappearing, a new and worse caste has been created— the caste of the ruling party.”

Winning elections in pursuit of power became the be-all and end-all of the Congress leadership, everything else became secondary. This was a natural corollary of Nehru’s idea of nationalism as democratic expression through elections. Rajaji was remarkably prescient when he predicted: “…this new caste has come to be worse type of the old feudal tyrannies and caste dominations. Corruption and disintegration are the natural corollaries of this domination of a new caste.” Nehru’s idea of the nation as a democratic state must bear a share for this.

Even Rajaji, for all his vision and experience, did not foresee the dominance of the party and the nation not by a new caste but a nouveau riche family headed by a European woman with no record of service to the nation, or experience in public life and her feudal court. Nehru’s nationalism was buried for good when the Congress surrendered itself and the nation to Sonia Gandhi in 1998. For the moment, she had won the “contest for the ownership of the state” as Khilnani puts it, and all the perks and privileges that go with it while giving little in return. Narrowing nationalism to mean democratic pursuit of power led to this aided by the accident of marriage.

How would Nehru have reacted to this? We have a pointer. When the last Maharaja of Holkar died, Nehru refused to allow his son to succeed to the largely ceremonial title because his mother was an American. Was this because Nehru was a xenophobic chauvinist as those questioning Mrs. Sonia Gandhi’s fitness for constitutional office have been called? Ever since Mrs. Sonia Gandhi gained control of the government in 2004, corruption has indeed increased manifold. The degradation of Nehru’s India reached a new depth when the ‘distinguished economist’ Manmohan Singh used his position as prime minister to bailout Mrs. Gandhi’s partner, the Italian swindler Ottavio Quattrocchi.

Another development is the bankruptcy of Nehruvian secularism to the point it is now little more than a dirty word. Nehru himself started the debasement by introducing the Haj Bill in 1959 for providing financial subsidies to Muslims going on Haj Pilgrimage. The idea of Haj subsidy goes against the principle of secularism as well as the teachings of Islam.

Sonia Gandhi took it to a much lower level when she humbly accepted the ‘honor’ of the King Leopold Knighthood from the Belgian Government—instituted by Leopold, a mass murderer who puts Hitler in the shade.

During the Emergency, Indira Gandhi introduced the word ‘secularism’ into the Indian Constitution without defining it. Ever since that time, ‘secularism’ has been invoked in the service of vote bank politics— to justify the unjustifiable. At the same time, the nightmare scenario of communal polarization predicted by many has not come to pass. On the other hand, an unusual degree of communal harmony has prevailed even in the face of attacks by Islamic terrorists on Indian sites, including temples in Varanasi and Ahmedabad.

(For background with little known facts relating to Godhra tragedy, the reader can usefully turn here.  As the author Mohan Mahapatra implies, irresponsible reporting blaming the victims of train burning as culprits contributed to the virulence of the post-Godhra riots.)

We are now about to enter the 2020s, with some marked changes that we examine next.