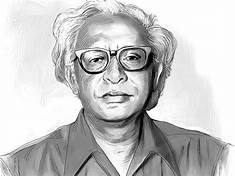 While caste has always been an integral part Indian society and politics it is not static. The 2014 and 2019 elections mark a watershed in politics — heralding a generational shift away from Mandalization to the aspirational. The post-colonial experience suggests that the humanities need to broaden their scope to incorporate the lessons of history.

Urbanization and better communications like satellite TV and mobile telephones are bringing about rapid changes in India society. The results of the last several elections, not just the latest, suggest that voters are looking beyond caste in selecting leaders. In 2007, Mayawati came to power in U.P. on the back of a caste coalition. But her failure to rise above caste considerations and poor performance resulted in a resounding defeat five years later. The victorious leader, the 37 year-old Akhilesh Yadav appealed to all constituencies and emphasized effective governance and development.

If recent results are any indication, the days of the Congress party are numbered. The not-so-youthful Crown Prince Rahul Gandhi has shown himself to be singularly inept and unequal to the task of reviving the party’s fortunes, with no alternative in sight. Family monopoly has come to haunt the party. As the U.P. election was getting close, a comedy of errors was enacted with Rahul’s sister Priyanka accompanied by her little children hitting the campaign trail soon followed by her husband Robert Vadra. Neither had any experience in public life but felt qualified because of the family connection. Anywhere else it would be called nepotism but the Indian media described it as dynastic charisma. But the Indian voter who showed he was capable of looking beyond caste showed himself capable of seeing through dynastic pretensions also. You cannot fool all the people all the time.

Only time will tell whether this is a harbinger of things to come. Caste has two faces: social and political. As India becomes increasingly urbanized, and urban ideas make their way into the villages, the social aspect of caste may be diffused by economic and educational considerations. This is already happening among educated urbanites. Politically, caste may not altogether disappear but may continue to serve in its age old role of ensuring that no one group becomes oppressive by cornering all the resources. In short, it brings us back to Srinivas’s observation that caste is an essential feature of Indian society, but not something frozen in time or space.

As Professor Khilnani rightly points out the sustainability of India’s democracy rests on its ability to preserve its internal diversity and assimilate new ideas. This has never been in doubt going back to Vedic times. Threats to diversity of society has come only from exclusivist ideologies like Christianity (in South Indian States like Tamil Nadu and Kerala where Christianity and Islam are influential), Islam and Marxism, and in whatever garb operating in the guise of ‘universalism’. (In our own time, we need look no further than Tibet, Pakistan and Bangladesh.)

He also remarks that nationalism and national identity cannot be confined to the borders of India, and Indians should accept the reality that Western political idiom and methodology will be applied to non-Western societies as well including India. Mr. Khilnani goes on to observe: “It has been a far from universally happy experience. But neither side can escape its consequences. The future of Western political theories will be decided outside the West. And in deciding that future, the experience of India will loom large.” He also notes that in questions relating to Indian identity “categories and terms of Western political thought are essential to all judgments. This is not out of a conviction that the ideas of Western politics themselves represent the summit of human thought and feeling.”

Of course not, and one is grateful for this acknowledgement. The twentieth century and the first decade of the twenty-first are littered with the wreckage of applying Western political thought to non-Western societies — from Vietnam to Iraq, and now Iran. This raises an important question: is Western political thought, and humanities in general, capable of shedding its insularity by reaching out to pluralistic traditions, say Vedantic and Confucian?

As seen by a non-specialist, the academic discipline devoted to their study will have little to show until Western political thinkers acquire the humility to acknowledge their errors and change if not discard their theories as workers in the exact sciences (like this writer) are forced to do. Because the social sciences are without the built-in checks and balances of the exact sciences, we know when they are wrong only after the damage is done. There is no testing their theories in the laboratory. Even after the catastrophe, as in Vietnam, there is more heat than light.

Simply acknowledging errors like Robert McNamara’s mea culpa after Vietnam is of no value; unless there is a mechanism for making such lessons of history integral part of the discipline itself, there is no assurance that the folly will not be repeated in another place and time, as it was in Iraq (and now Iran). This means there will be no progress, but only ad-hoc re-interpretations and misinterpretations until they are forgotten in a generation and a new adventure in folly is embarked upon.

The eerie similarity between the so-called Second Gulf of Tonkin Incident (August 4, 1964) that led to the escalation of the Vietnam War and the more recent fabrication of evidence for ‘weapons of mass destruction’ as pretext for attacking Iraq does not say much either for the judgment of political thinkers or the soundness of their theories. As far back as 1995, Vietnamese Defense Minister Vo Nguyen Giap told his American counterpart Robert McNamara that the now infamous Gulf of Tonkin Incident never happened.

This is not the full story, for doubts were expressed within hours of the claim of North Vietnamese attack on the U.S. Navy ships in the Gulf. These came from eyewitnesses like U.S. naval officers and a reconnaissance pilot; they were promptly reported to the Defense Secretary McNamara. Even President Lyndon Johnson admitted as early as 1965 that there may have been no attacks on U.S. ships. But that did not stop the escalation of the war. So, what was driving it? A political doctrine called the ‘Domino Effect’: it held that the fall of one country to the Communists would inevitably lead to the fall of its neighbor to Communism and so on. There was never any evidence, much less proof.

If anything, the collapse of Communism in the Soviet Union followed by its collapse in the neighboring countries can be used to argue a Reverse Domino Effect. This has happened before, after Napoleon in the nineteenth century and the fall of the Third Reich in the twentieth. Can we build a theory of action and reaction based on these analogies, that every domino effect is followed by a reverse domino effect? Or how about the received wisdom from Samuel Huntington’s ‘Clash of Civilizations’? Is there a way of testing it?

Such fatuous arguments are not limited to political science. The world is yet to recover from the 2008 global financial collapse. It was entirely man-made; its dangers were predictable and predicted, but economists went ahead with their creations anyway, giving themselves ‘Nobel Prizes’ even as they ruined national economies and lives. The paradox is that the same people who were responsible for the catastrophe continue to be in charge of the global financial system.

This is incomprehensible to a student of the exact sciences (like this writer). No scientist could maintain his or her standing after a blunder of such magnitude. Also worth noting is the fact that a scientific error rarely has global consequences of this magnitude. Even space disasters, like those involving the Challenger and Columbia later are purely local events. They are thoroughly investigated and remedial measures taken. It is called learning from mistakes.

This seems rarely to happen in the social sciences. There is some breast beating, but soon it is business as usual. Discredited ideas are allowed to continue until history in the form of the same folly is repeated. Are there to be no corrective mechanisms built into the system as we have in the exact sciences? A basic question that we must be prepared to ask is: can the humanities ever be made free of the march of  human folly?