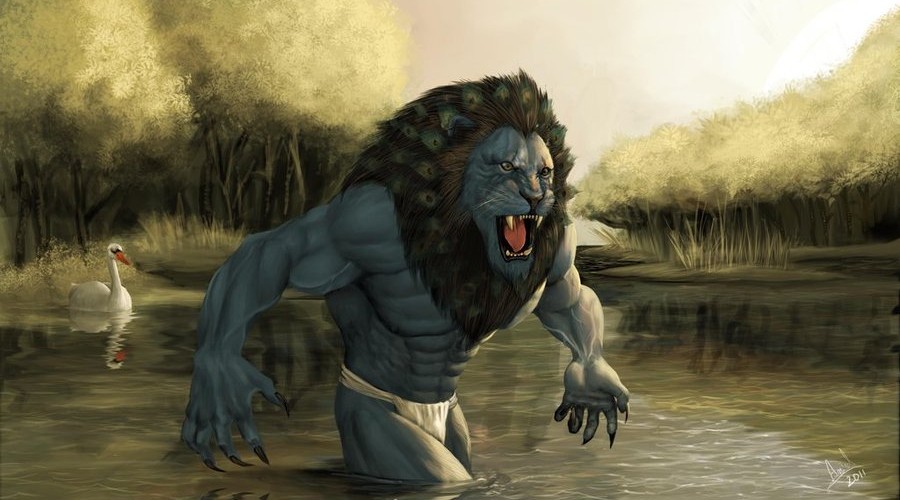 Where Lions rise against Jackals: Flight of Deities

We are now living in an environment when the natives of India, the inheritors of its dharmic heritage, are less in fear of the Nehruvian secular-Marxist establishment, and will continually attempt to challenge the emasculating revisionism of India’s history.   Meenakshi Jain, as her readers already know, is among the most respected historians of this era.  Her writing on crucial issues such as our education system, Ayodhya and Sati reflect her deep and rigorous scholarship.

In her latest book, the author starts with a statement of great clarity: about Indian academics exhibiting “a remarkable proclivity to extricate Islamic iconoclasm from the religion of Islam” given “the Quran’s explicit hostility to idols and idolatry”. As one reads through multiple regions and episodes, we find descriptions about the armies of Islam in India that repeat themselves in jarring ways. Vandalism. Extortion. Robbery. Mutilation. Deface. Liquidate. Absorb. Blown-up. Massacre. Heads on spears.  Head-chop.  Limb-chop. “Translating” (temples into mosques).

It comes as no surprise that other reviews of this work are long; such is the richness and detail. To avoid repeating what others have already stated, here are some additional facets of this book that to this reviewer make it an extremely rewarding read.

The debt to our ancestors and our land. Fight. Die. Self-Immolate. Save. Run. Hide. Rebuild.  No matter how many years, decades or centuries it has taken, the natives of India have risen over and over. Dharma’s eternal resilience.  It is mind-boggling to read about the sheer scale and wide participation of dharmic society (not just defending kings and warriors) as they attempted to preserve their heritage.  Temple dancers. Outcastes. Hunters. Courtesans. Ascetics. Farmers. Peasants. Gosains. Akharas.  Merchants.  Even Hindus serving as Mughal allies.  The sheer innovation in finding hiding places including schools, trees (Bilwa, Mohwa), lakes (Chilka), and astounding secret chambers (the Nallur temple).

This wide participation should raise eyebrows about tropes that persist such as “Brahminical Oppression”.  One thought did occur during reading as some of us would ask: why didn’t India build as many monuments like Europeans?  We know already that the Islam’s destructive actions were eventually held back on the outer edges of South Eastern and far Western Europe.  In India’s case, by the time of multiple European arrivals, we were constantly saving and rebuilding our heritage, while facing yet another group of destructive Abrahamic invaders.

Inter-regional patrons and protectors.  One is struck by how deeply interconnected India has been historically.  It is not just deities but retreating rajas and clans that were given protection in far away regions. And when it came to rebuilding important temples and sites, the patrons again were from near and far, coming forward with large resources by turn, over centuries.  Varanasi, Somnath, Mathura, Thanjavur, Madurai and countless others continually revived.

The Southern India section.  This alone may be worth the price of the book.  It is a joy to re-read the story of Vijaynagara’s rise, and the consolidation of the South.  Both Vijayanagara and the Cholas were perhaps India’s most powerful indigenous rulers over the last millenia. Of course, the story of Vijayanaganara remains among the least covered in our school history text-books.  Who would want to talk about a ghar wapasi nightmare for the invaders! One does wonder that without Vijaynagara keeping the Bahmani and descendant sultans busy, would we have missed the arrival of the great Chatrapathi who roared in the Deccan and beyond?

Here we also see that the interconnectedness of modern day Maharashtra and Orissa (and beyond) with the South has always been very strong, as refugees, patrons, even as dharmic rulers.  Much like the Sringeri mutt Vidyaranya’s critical role in establishing Hakka and Bukka, the author reminded us of another sage Vidhyadhara who played a critical role in organising the defence of the north and north-west against the violence unleashed by Ghazni in the early 11th century.  Ibn Battuta’s description of Mohammed bin Tughlaqs acts in the Pandya region as “dastardly” do make one wonder about how some “revered playwrights” built entire careers out of spinning history.

The Buddhist disappearance. The big lie pushed by Marxist and western historians was that it was due to the Hindus that Buddhism disappeared in India. While the Central Asian and Afghan theaters are not covered, we see clearly how Islam’s arrival coincided with Buddhism’s disappearance from Sindh, Mathura, Bihar and Kashmir.  Indeed the very word But-shikan is an obvious clue: breaker of the Buddhs, the Islamic word in usage for idols and murthis.  Even settlers like Ahoms (part of the Shans from what is now Myanmar) took on the role of protecting dharma, adopting the Assamese culture, and becoming its strongest defenders.

The Vocabulary Explosion.  The author has done a great job offering translations of so many words that a reader may have heard but may not be fully familiar with. Martanda, vedi, situ, pithu, mahotsav, Bhola region, Prithvi, Gaumantak, Bhrahmapadartha, Koil olagu, Arya Bhatta, Madurai, Dewar, Chidambaram, dikshitar, utsav murthi, mula murthi, Tirumala, and so forth.

Abrahamic iconoclasm and thievery. From Islam to the new European church arrivals and their “company”, and on to modern secularists, rationalists, communists, and liberals, the millennial-plus onslaught on India should give the readers some idea about how the most prosperous land on the planet since time immemorial was brought to utter ruin and poverty.  Gaumantak’s evisceration of heritage would come from both the Bahmanis and the Portuguese, who would also continue the practice of building churches using destroyed temples.  Much like Delhi seeing its first new large temple in 5 centuries being built only in the 1930s, Goa would see its first temple built in 1818 after 3 centuries of persecution and an inquisition viewed as possibly the most horrific among all inquisitions.

Today’s Mahaghatbhandan of thieves. A judiciary that does not protect. We already know of the excessive interference and lack of control of temples.  But to read yet another shameful account where a government body (the Hindu Religions and Charitable Endowments Board – HR&CE) is “an agency of destruction rather than preservation” makes the last chapter an emotionally challenging read.  We have also seen our courts prohibit festivals and traditions as if they and our foreign sponsored and encouraged social justice warriors are still reporting to Her Majesty and the Vatican, or even worse, Aurangzeb and other Islamic predecessors.

This is a scholarly work that reminds us of India’s deep inter-connectedness, our obligations to our ancestors and our motherland.  Jain’s last lines of the book are emotive and soul-stirring, and will not be reprinted here.  Clearly, the author has a deep sense of duty towards our ancient civilization. We are lucky to have such a reputed scholar remind us, to rise like tigers and lions.  This book is a gift.  Buy. Read. Gift.

We end this review with a quote, paraphrasing poetic advice given to a Hindu king trying to assert his independence from a Mughal emperor: “…those seated between the lion and the lioness need not fear the jackal…”

Disclosure: YAI received a review copy from the publisher.

Hindu Temples: What Happened to Them (II), Sita Ram Goel, 1991, Voice of India

What saved India’s Peasants during the Medieval Period? B V Rudhraya, YourAwesomeIndia.com, April 2019