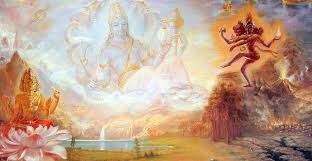 The first point to note is that race is not a scientific term. There is no scientific test that can determine a person’s race. Our genes do not distinguish between south and north Indians or between members of different castes and tribes. The second point is that race is also not an Indian notion, but a European obsession of the colonial period. All scientists including European scientists have denounced both Indologists and Nazis for using race as a means of classification. As far back as 1939, Sir Julian Huxley, one of the great natural scientists of the twentieth century wrote:

In England and America the phrase ‘Aryan race’ has quite ceased to be used by writers with scientific knowledge, though it appears occasionally in political and propagandist literature…. In Germany, the idea of the ‘Aryan race’ received no more scientific support than in England. Nevertheless, it found able and very persistent literary advocates who made it appear very flattering to local vanity. It therefore steadily spread, fostered by special conditions.

These ‘special conditions’ were the rise of Nazism in Germany, and British imperial interests in India, their divide and rule policy. Still Indian politicians and academics with vested interests have continued to propagate such degrading and unscientific ideas to protect their positions and reputations. While these people including Dravidian politicians of Tamil Nadu (but not other South Indian states) and ‘secularist’ academics continue to peddle their discredited theories, molecular biology has driven the final nail in the coffin. They belong now in the dustbin of history along with the people who propagate them.

What real science now has to say is the exact opposite of what these ‘scholars’ have been telling us. Science tells us that our ancestors have lived in India for something like 60,000 years. The same science also tells us that several waves of Indians left India to settle down in Central Asia, Eurasia and Europe. (And also East and Southeast Asia as far as Australia, but though important, that is not discussed here) The first wave was 45,000 years ago, the second about 10,000 years ago and the third perhaps as recently as 5000 years ago. This essentially explains the language mystery— why languages of Europe are related to Indian languages; they carry a layer of Sanskrit over them.

What has allowed us to unlock the mysteries of IE origins is science, especially natural history and population genetics. Europe is a relative late comer to the scene. According to science, modern humans originated in Africa about 200,000 years ago. Then about 65,000 years ago, small groups of our African ancestors made their way to South Asia traveling along the Arabian coast. All non-Africans living in the world today are descended from these one thousand or so original settlers in South Asia (meaning India). They flourished in a small area for some ten thousand years in South-Central India. This means, Europeans are a branch of these Indians, the world’s oldest population group outside Africa.

For the next ten thousand years or so they led a precarious existence by hunting and gathering. About 52,000 years ago there was a dramatic warming in climate. This led to increase in both population and territory. It was followed by a mass extinction of animals probably due to over-hunting. Shortly after this, about 45,000 years ago or so, small groups left the Indian subcontinent in search of better hunting territory and made their way to Eurasia and Europe. These are the first Indo-Europeans. The language they took with them, possibly more than one, was descended from the primordial Afro-Indian and became the first Indo-European. We have no idea what it was like. But we may surmise the following scenario based on genetic evidence.

This means, Indians have lived where they are today and evolved for over 60,000 years, and are the oldest non-African humans in the world. Here is how Luigi Luca Cavalli-Sforza of Stanford University, the world’s greatest population geneticist puts it:

Taken together, these results show that Indian tribal and caste populations derive largely from the same genetic heritage of Pleistocene southern and western Asians and have received limited gene flow from external regions since the Holocene…

Put in non-technical language, it means that the Indian population—upper castes, tribals (or indigenous peoples), “Dravidians”, so forth—are mainly of indigenous origin, and the contribution of immigrants is negligible. So, various socio-historical theories popular in India and the West that divide the Indian people into original inhabitants (adivasis), Dravidians and upper caste Hindus as later invaders/immigrants are simply not true.

The same holds for the languages of India except for latecomers like Persian and English. This means the languages Indians speak today have evolved from what they have been speaking over the same period.

This means there are no Aryan or Dravidian genes but a common Indian genetic pool with local variations— something like regional variations like accents in spoken languages. This was dramatically confirmed by a recent study by Dr. Lalji Singh, considered India’s leading expert on the genetics of the population groups of India. As he puts it: “It is impossible to distinguish castes and tribes from the [genetic] data.” Only some highly isolated group over very long time periods may exhibit differences like the tribes of the Andamans. This accounted for what is known as genetic drift.

Without getting too technical, we may look at the distribution what is known as the R1a1 genetic marker (haplogroup) to get an idea of this. It is present in high caste Brahmins of East and West Coast (Konkan and Bengal), Punjabi Khatris, and also in a tribe in Andhra Pradesh called the Chenchus! How do we explain this except by admixture over a long period of time?

In summary, the Indian population is overwhelmingly indigenous, the oldest in the world outside Africa, and also inextricably mixed with some local variations. There is no way of telling them apart. It is therefore absurd for historians and politicians to divide people on the basis of race and caste – as foreign and native. This is politics, not science or history.