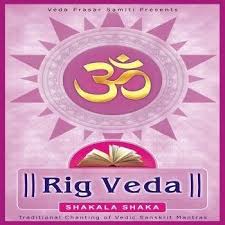 This is part one of a four-part series.

People of India have been one genetically, linguistically and culturally for at least 50,000 years. Though not always united politically, uniting them under a single chatra has been a cherished goal since Vedic times. The Arya-Dravida racial and linguistic division is a political creation based on shoddy scholarship that has no scientific basis.

Unlike most academic disciplines, Indology (i.e. Western study of India) and its offshoot of Indo-European studies can be dated almost to the day. In a lecture in Kolkata delivered on 2 February 1786 (and published in 1788) Sir William Jones, a forty year-old British jurist in the service of the East India Company observed:

“The Sanskrit language, whatever be its antiquity, is of a wonderful structure; more perfect than the Greek, more copious than the Latin, and more exquisitely refined than either, yet bearing to both of them a stronger affinity, both in the roots of verbs and the forms of grammar, than could possibly have been produced by accident; so strong indeed, that no philologer could examine them all three, without believing them to have sprung from some common source, which, perhaps, no longer exists…”

This enormously influential statement is well known but not the errors Jones committed like his dating of Indian tradition based on the Biblical superstition that the world was created on Sunday, 23rd of October 4004 BCE at 9:00 AM— time zone not specified. The date was first derived by the Irish bishop James Ussher (1581 – 1656) following a literal reading of the Bible combined with the belief that world would end 2000 years after Christ or some twelve years ago.

This was the beginning of the myth that Vedic civilization was brought to India by ‘fair skinned’ Aryans who invaded India and first overcame and then imposed their language and culture the darker Dravidians who were the original natives of India (as the Europeans did in the Americas). The just mentioned Biblical superstition as the basis for the assertion that the Aryan invasion took place in 1500 BCE, and that the Rig Veda was composed in 1200 BCE. An earlier date for the Rigveda, which science now dictates, would violate the Biblical date of 4004 BCE for the Creation.

While it sounds comical today, it was taught as history through most of the nineteenth century. It is a surreal experience to go through a Bible published in the nineteenth century; supposedly ‘historical’ events like the Genesis, Noah’s Flood and the like are printed in red, with dates like 4004 BC given in the margin. The practice of teaching this persisted even though both Darwin’s theory of evolution and geology had determined the earth had to be millions of years old to support fossils and the enormous diversity of life forms. Even this very greatly underestimated its age. (The current estimate for the age of the earth is about 4.5 billion years.)

Jones was a capable linguist and knew some Sanskrit. His task was to study Indian texts and understand Hindu law to help administer British justice in a manner acceptable to them. In his study of Hindu texts like the Puranas, he came across dates that went much further back than the Biblical date for Creation. He dismissed them as superstitions (for failing to agree with the Biblical superstition) and imposed a chronology on Indian history and tradition to fit within the Biblical framework.

This was to have fateful consequences for the study of India over the succeeding two centuries down to the present. To cite an example, Indian tradition going back at least to the mathematician Aryabhata (476 – 540 CE) has held that the Kali Age began with the Mahabharata War in 3102 BCE. This marks the end of an era known as the Vedic Age. Accepting it takes the beginning of the Vedic period as well as several dynasties like the Ikshwakus to 6000 BCE and earlier. This is millennia before the Biblical date for Creation which men like Jones could not accept.

Dates based on the Biblical chronology were accepted as historically valid by most Western scholars like F. Max Müller, the most influential among them. He explicitly stated that he took the Biblical account including the date to be historical. Most of them were classical scholars or students of religion and had no inkling of science. The widely quoted dates of 1500 BCE for the Aryan invasion and the 1200 BCE date for the Rig Veda were imposed to make them conform to the Biblical date of 4004 BCE.

The situation has not changed much in the succeeding two centuries. Present-day Indologists like Wendy Doniger, Diana Eck, Michael Witzel and their Indian counterparts like Romila Thapar have little comprehension of the revolution in our understanding of the past brought about by science in the past few decades. They continue to quote 1200 BCE for the Rig Veda without mentioning that it rests on the authority of a 400 year-old Biblical superstition! (Some ‘scholars’ like Doniger and Thapar don’t know any Sanskrit either but that is a different issue.) The main point is they know no more science than their nineteenth century predecessors did.

Pseudo-scholarship dividing the people of India

With the benefit of hindsight we can say that a major blunder committed by these early scholars – mostly missionaries like Bishop Caldwell (more later) and bureaucrats (like Jones and his followers) – was to assume that they could trace the evolution and spread of languages by looking at modern and possibly earlier languages. It is necessary to emphasize the fact that this is an assumption on which the whole field of historical linguistics rests. It has never been convincingly demonstrated or even tested, and is rarely questioned by its proponents. They took this belief to the study of the following real problem.

It has long been known, going back well before Jones’s discovery, Indian and European languages are related. For example, what is deva in Sanskrit becomes dio in Latin, theo in Greek and dieu in French. Similarly, agni for fire in Sanskrit becomes ignis in Latin from which we get the English words ignite and ignition. Amusingly, the famous Russian drink vodka has its Sanskrit cognate in udaka both meaning water. And there are many more, far too many to be seen as coincidence.

To explain this, at least in India and the Indian context, scholars created the famous, now infamous Aryan invasion theory (AIT). It claims that bands of invading ‘Aryan’ tribes brought both the ancestor of the Sanskrit language and the Vedic literature from somewhere in Eurasia or even Europe. (For reasons that are both unnecessary and unclear, these invaders were made to be fair skinned and blonde!)

This ‘theory’,  in reality a conjecture, was the result of scholars assuming that the ancestors of Indians and Europeans must at one time have lived in a common place speaking a common language before they spread across Asia, Eurasia and Europe carrying their language, which later split into different languages. They called these speakers Indo-Europeans and their languages – from North India to Europe – the Indo-European family. They called the original language Proto-Indo-European or PIE, a term sometimes applied to its speakers also. (This too has its Biblical counterpart in the story of the Tower of Babel.)

European linguists soon followed up on these ideas but in their newfound enthusiasm and ignorance of science, committed two egregious blunders. First, they borrowed the Sanskrit word Arya which only means civilized (or noble) and turned it into a geographical and then a racial term by applying it to the people and languages of North India. (The correct term for North India is Gauda, just as Dravida refers to the south or the peninsula.) Next, they placed South Indian languages in a totally different category called the Dravidian family, excluding them from nearly all discourse about Indo-Europeans.

By this they created a two-fold division of India: first a linguistic division into Aryan and Dravidian languages, accompanied by a racial division of the main people of India into Aryan and Dravidan races. This supposedly scholarly exercise had political backing as well as missionary support. It was an essential part of the divide and rule policy adopted by the British. It is still part of the missionary armory, characterizing ‘Dravidians’ as victims of Aryan aggression. Its political legacy continues to the present in the Dravidian politics of Tamil Nadu. These politicians and missionaries are the staunchest upholders of the scientifically and historically discredited Aryan-Dravidian divide.

The discipline they created called philology and Indo-European studies soon got mixed up with crackpot theories on race and language – like the ‘Aryan’ race speaking ‘Aryan’ languages somehow ending up in Nazi Germany! There was even an ‘Aryan’ science movement that demonized Einstein and his ‘Jewish’ physics! It was denounced by scientists, especially in the twentieth century, but politics and prejudice kept it alive for over a century. In addition to the Nazi ideology, British colonial policy used race as a way of classifying its British Indian subjects.

While race theories were discredited by Nazi atrocities, the linguistic division of both languages and the people of India has continued. There was too much at stake for its proponents to let it slide into the dustbin of history where it really belongs.  In reality South Indian languages are much closer to Sanskrit in both grammar and vocabulary, whereas with European languages any similarity is limited to a small part of the vocabulary.

Like Indian languages today that have borrowed technical terms from English, European languages thousands of years ago borrowed Sanskrit terms as needed. Science now tells us that Indo-Europeans were a later offshoot of Gauda-Dravida speakers (the white or the blank portion of India in the map to the left). We shall get to this later, but first, let us take a brief look at what science has to say about our genes is in order.