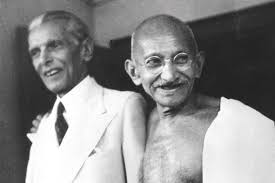 For those familiar with Radha Rajan’s work, she needs little introduction, with her highly incisive analyses of the freedom struggle and its key protagonists, especially Gandhi. Her latest work is a mix of older material in updated form (comprising three parts of the book), as well as newer sections.  Her writing has been clear for very long, that Nehruvian Marxist style notions and whitewashing (and alterations) of India’s history can place its origins in Gandhi’s own actions.  But here she goes further, by not sparing several other big names within India and abroad, in how they have “…deflected their pen from the straight hard line of truth”.  Her advice to Hindu nationalists is that they “…must stop rejoicing…(that) something at least, something at last, has been done.”

Her updated version of “Behind Every Jinnah There is Always Gandhi” is a needed reminder that surrendering (Hindu) territory is no solution to any problem.  One must go deep into the causes of who and what caused the horrific vivisection of India, and speak openly and publicly about it.  The forces leading to India’s vivisection had already brutalized the forces that stood for its unity, going back to the origins of the British Empire’s Indian gatekeeper outfit known as the INC.   Some key themes can be found in her work, a reflection that what happened in the decades prior to “independence” are still visible today.

No point forcing unity in a one-sided way.  By this, one can clearly say that Hindu concessions will be willingly accepted with joy, but none will be received in return.  Especially if trying to unite with the most rabidly anti-unity elite section of the minority and their foreign sponsors.  Nothing was gained then; little will be gained now.

Certain forces are always happy to stoke up fanaticism.  In those days, it was the Church and the British Empire stoking Islamic fanaticism in India; in today’s world, this remains surprisingly true to some extent, with additional extra-territorial forces including other western powers, NGOs, their communist and liberal movements, and willing collaborators among the Hindus-in-name-only liberals.  Greed for power, territory and career, is good.  For them.  Not for India.  The explosion of isolated pockets of arrivals into Europe and Australasia should serve as a warning to bewildered foreigners that they are not immune in the West either.

Know the Other. With Pakistani General Malik’s Quranic Concept of War (well-covered in the must-read classic, The Calcutta Quran Petition), as well as the Vatican’s very clear message about continuing Christ’s work into Asia in the third millennium, one mustn’t shy away from accepting what stares us in the face, or is cleverly hidden. While one nurtured militarized madrasas (a La Masia for terror?), the other uses church planting, and the deceptively titled “inter-faith dialog” and “faith based initiatives” as the cloak to harvest infidels. Beware these common methods, including their long commitment to foster anti-nationalism, all the better for an external power to exert control.  Old tricks that still work.

Know Yourself. Knowing ones identity is not simply an Indian or Hindu problem.  Her analogy with Russian (and Slavic-Orthodox and Rus) identity will be of great interest to many readers.  The key here is without a true identity, one will never know what one is defending.  A avoidable faux identity is always on hand to carry off unsuspecting natives.  Else expect to surrender one’s land to material prosperity chasing domestic cowards, doing the handiwork of vultures who prefer splintering civilizations. Reminiscent of Sun-Tzu, know what they are, to know if at all they are your enemy, without forgetting to know yourself first.

Superimposing idealism clouds reality.  There should not be a “what should be” without “who am I, what are we, and how did we get here”.  But it is the former that has been the approach, especially driven by history illiterate Hindu liberals.  Idealists would benefit from reading the Gandhi section which might also be sub-titled “…what Ram Guha hides about Gandhi, and why this hurts us…”.  And for how he was nowhere near giants like Tilak and Aurobindo.

Radha Rajan is not the first nationalist writer to warn of these issues, of a collective Hindu failure.  This reviewer considers this partially true, as the forces were actively ensuring some form of failure, whether a 100 years ago or now. As the writer reminds us, “…Dharma never had and does not have even now adversarial intent towards other…”  That we are still standing and have the fire of dharma burning in us should tell us our survival at all is an unparalleled (again, partial) success, and our current state is a drive toward a more effective re-grouping.   Secondly, as many nationalists are want to say “Hindus must unite”, but upon closer inspection, their call sounds more like “Hindus follow me, make me famous!”  While many are genuine, one must remain cautious about gatekeepers who say one thing, but deliver in their own sweet time, if at all.

This book is recommended especially for fence-sitters in need of a history tour.