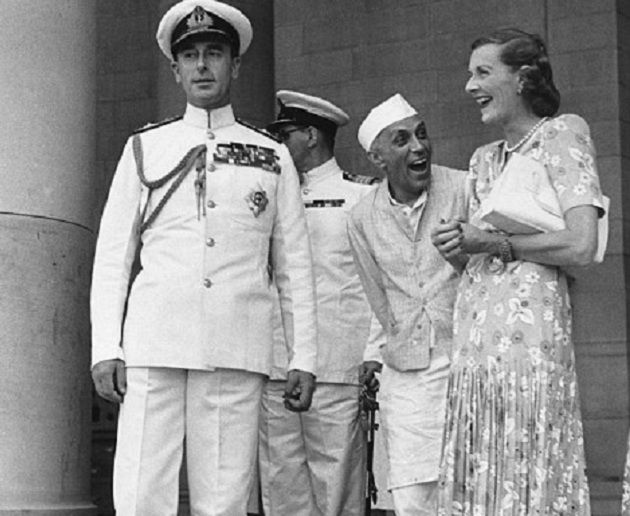 A History of the Congress plunder of India

(Editor: This article was first published on IndiaFacts.org before the 2014 Lok Sabha elections.  Readers may find its contents a good reminder.)

The extraordinary material greed being displayed by India’s elites highlights profound moral degradation. It surfaces when concern for preserving the goose laying the golden eggs, if only to sustain future avarice, evaporates. This is what has been happening with much of India’s political, bureaucratic and economic elites. They have lost all sense of proportion about even the need to safeguard the nation, the estate they have largely usurped, for their own future offspring. The scale of the plunder that has been taking place has grievously undermined the very foundation of the fabled wealth of Bharat, the object of covetousness of invading looters for countless centuries.

The acquisition of gargantuan wealth has become the preoccupation of India’s elites, defying reason since it is unnecessary for even the most unwholesome luxury. Yet it guarantees the self-destruction of these very elites by diminishing the capacity of Indian society to sustain itself. Their greed has endangered the economy gravely and with it the security and integrity of the nation. The blame for this parlous situation lies with Sonia Gandhi, a grasping and ignorant foreigner, whose loyalty to the Indian nation, its people and culture is plainly faux. She is unconcerned because she does not value Indian civilisation and is incapable of the devotion to it the ordinary people of Bharat, its Hindus, instinctively feel.

The greed is really only for money and status because the thirst for political power is evidently only a means to attain them. No doubt a significant portion of the plunder is for electoral purposes, but it is the callous indifference towards the consequences of looting that appals. Besides, very little has been done with political power in the past decade to advance other goals. Even issues of vital importance to the nation have not been addressed, although pursuing them would not have militated against the personal interests of these elites. But a devastating act of betrayal has been committed by the UPA, which has been to preside over a massive, unseen surge in religious conversion, from Nepal in the foothills of the Himalayas to the south of India.

This is why no foreigner must ever again be allowed to enjoy the unbridled power Sonia Gandhi has wielded over the fate of India. All those around her are culpable, especially the incumbent President of India, but senior Congress politicians as well. They could have prevented her from seizing political power in India, but failed to do so. On the contrary, they have become co-conspirators in the unprecedented undermining of India. Legislation must now be enacted, as a matter of priority, to prevent the mendacious foreign spouses of stupid rulers from seizing the country again. This is a must and no resistance should be allowed, even if it requires a Constitutional amendment to permit a national referendum to implement it.

The manifold acts of criminality of India’s incumbent political elites are astonishing. They are complicit in almost every post-Godhra terrorist attack, which the terrorist bombers invariably cite as a major motivation for causing mayhem. Yet, these venal elites and their acolytes in the media continue to inflame Jihadi terror with the canard that that Narendra Modi and the people of Gujarat were responsible for genocide against Muslims. This fabrication was repeated recently by the UPA’s anointed heir despite the unequivocal rejection of the accusation by India’s Supreme Court. The dangerous vilification continues ad nauseam and has become a timeless cry espoused by India’s secular traitors to enjoin Jihad against India and its people.

Nor did the leaders of the UPA and their purchased media allies hesitate in conniving to damage India’s intelligence services by trying to ‘fix’ one of its most distinguished Intelligence Bureau officers. The ugly rationale was the vendetta against Narendra Modi because he threatens to bring their dreadful anti-national orgy to a close. Blatant incitement for his assassination also seems to be an option, by provoking Islamic terrorists to do their worst. Neither did the UPA government have any qualms about undermining India’s chief of army staff because the prime minister’s family had a candidate of its own to succeed him. The dismal affair concluded with the government revealing sensitive state secrets to embarrass the chief of staff.

Everything this lowly political order touches turns into dust, whether it is the US downgrading of India’s Director General of Civil Aviation or its Olympic organisation’s pathetic plight. The admixture of incompetence and arrogance exceeds the stench of a morgue. And the supporters of this dismal political dispensation in the media and what masquerades as Indian academia are mere street walkers. Their personal services are purchased for money. All the fluff of shrill, pretend-anglicised accents and lower second Oxbridge degrees should be laughed out of court. Treason must be viewed with more severe circumspection. Their intellectual and cultural pretensions are mere appendages in the attempt to subjugate India that has originated from abroad.

Malevolent European and US intellectual institutions are ultimately creatures of their governments and routinely serve their subversive political purposes of their State. Rabidly obnoxious texts emanating from Chicago and Harvard, etc., misrepresented as deep thought, are instruments of cultural aggression. They are intended to demoralise and infuse self-doubt in order to better overpower citizens of the target nation. Who says wartime propaganda cannot be conducted through the written word? India is veritably at war for its survival as an autonomous civilisation. The austere rules of warfare must apply against malicious attacks, whether political, military or cultural, against its integrity. The unsparing injunctions of the sacred Bhagavad-Gita, which apparently terrify Chicago University harridans, should be unleashed against foreign combatants.

During the past decade foreign conspirators have penetrated deep into the body politic and society of India although the process had begun a little earlier. A tsunami of money from abroad, Arab, Chinese and Western, has pretty much subverted India’s political life, as well as its journalists, academics, etc. Much of this illicit funding from abroad is camouflaged under the veil of human rights awards and other routine guises and takes the hawala route as well. In any case, knowledge of its provenance has not deterred traitorous recipients, some of whom have now joined the farcical drama that passes for politics in India.

Ford Foundation sponsored Magasaysay awardees, effectively foreign agents, having thwarted Baba Ramdev’s anti-corruption movement, with a diversionary one of their own, are working over time to prevent strong government emerging in India. The dubious AAP is now joined by another distraction, with the nomination of a certifiably insane opportunist as potential prime minister. Can India’s entire Islamic clergy now expect to be on the Government payroll, alongside the IAS and IPS? However, the most corrupt buffoons remain on the Left, gorged on the same Ford Foundation largesse and the hospitality of India’s sworn Pakistani and Chinese enemies. They are cheerfully calling for the dismantlement of the nation, to the chorus of freedom and human rights sonatas. In any respectable country they would have ended up behind bars or worse.

Moral degradation does not fall like rain from the skies, it must be fastidiously nurtured. The blame for it lies in the utter cupidity and intellectual mediocrity of Jawaharlal Nehru and his absurd political mentor. The banishment of all trace of Hindu sensibility, the life blood of Indian civilisation, from the public space, in favour of spurious toxic bile called Indian secularism, must be held responsible. In fact it is nothing of the kind since historic secularism was entirely a struggle against the ostensible fascism of the church in Europe. Secularism has no bearing on the cultural and social life of pluralist Hindu society, which did not control the State.

Indian secularism became instead a contemptible instrument of war against Hindus. It is systematically denying them their very socio-cultural identity, their history and their future. The absence of considered religious reflection removed essential restraints from Indian social and cultural life and imposed in its place gratuitous materialism and degraded sensuality. Without the divine, as Dostoevsky remarked, everything is permitted. This has been the malign gift of Nehruvian secularism to Indian society.

3 Replies to “A History of the Congress plunder of India”