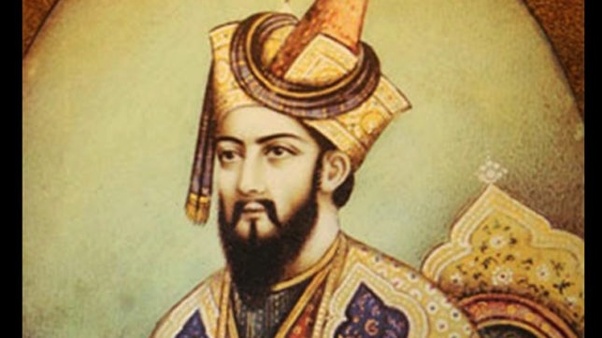 Lack of demand for humanities graduates is making young scholars like Audery Truschke engage in anti-Hindu propaganda in the hope of attracting money. Their future is bleak to non-existent.

Recently a book on Aurangazeb, presenting him as a misunderstood ruler, who was not really as fanatical as made out to be, has been drawing a lot of attention. Its author, Audrey Truschke is a junior faculty member at a U.S. university of no particular distinction.

Identity, not scholarship helped her get noticed

Academically she is a person of little consequence but is receiving prominent notice in the Indian media including a lengthy, uncritical interview in a prominent newspaper. Another was Kim Plofker, the author of a book on mathematics (reviewed here) that was more propaganda for disgraced Aryan theories (Aryan invasion/migration) than mathematics. At least in this case, my critical review was carried by a national weekly.

“If you want to argue that Aurangzeb was intolerant of Hindus as a general disposition, then I think you have a very difficult time explaining why he didn’t destroy more Hindu temples. Aurangzeb controlled a vast section of India, he controlled an immense amount of land and there were tens of thousands of temples within his domains.”

This is strange logic to say the least that can be applied to Hitler as well, who killed “only” six million Jews, and not more when he occupied nearly all of Europe.”

Truschke (left) further charges her critics as being prejudiced against her:

“I get a certain kind of abuse based on my nationality, my skin colour, that I’m a foreigner and I’m white. And then I get a lot of abuse based on my perceptions of my religious identity and my religious sympathies. My perceived religious identities include being Protestant, Catholic, Jewish and atheist. And then my perceived sympathies also extend to Islam and Muslims, and I get attacked on all of those grounds.”

This has become the latest refuge of Hinduphobic academics, to claim victimhood. The truth is no one in India would have taken the least notice of her work but for her identity. No one in India knows or cares about her religious identity. No one takes her seriously in U.S. academia. Her book cannot be compared to the magisterial account of Aurangazeb by Jadunath Sarkar, with light years separating them. It is only her identity as a white American that made her book noticed in the Indian media. By claiming victimhood, she wants to have it both ways, recognition as a white scholar on India and a victim because of it.

To understand this we need to know something about the state of humanities graduates in the U.S. They are producing too many Ph.D.s looking for jobs. So they will do anything that can get them funds, or even some recognition with their administrators. The following U.S. report should give an idea:

Structured around the academic calendar, professorial postings typically appear between September and November. Inevitably, the applicant pool is saturated. Tenure-track history positions, for example, have declined consistently since 2008, while the number of PhDs granted keeps rising — such that “the number of new Ph.D.s in history is routinely more than twice the number of positions being posted,” according to Inside Higher Ed. In STEM (Science, technology, engineering, mathematics) fields, it’s not much better: A 2015 Bureau of Labor Statistics report found an “oversupply of Ph.D.’s desiring an academic career”

With so little supply, it’s not unusual for a job listing to receive 100 to 450 applicants, and almost all of them are likely to be credible contenders for the position. But most colleges already have an oversupply of tenured senior faculty members. And unlike in science and technology areas, these new faculty bring no new tools, techniques, let alone discoveries.

To go back to my examples, Truschke has nothing useful that cannot be found in Jadunath Sarkar’s work, other than distortions. And Kim Plofker is not even a pale shadow of A. Seidenberg or B.B. Datta on ancient Indian mathematics.

So we must look elsewhere to understand their propaganda, in this overcrowded field (like below).

Despite the dearth of jobs, humanities programs awarded 5,891 doctoral degrees in 2015, the year I defended my dissertation, which is the most since such data began to be recorded in 1987. Nearly three times the number of faculty positions in English and foreign languages advertised that academic year.

It is worse in a field like South Asian history, seen as a marginal discipline at most U.S. colleges and universities. Few students take it up and most colleges don’t offer them. To make the situation worse, departments that do offer them are top heavy with tenured senior faculty members. So the best a fresh Ph.D. can hope for is a job at a second rate university or a small college, if at all.

Unlike in engineering or computer science, no employer comes looking to recruit these people. Then, even if they land a job, there are no grants or other funding. No matter what they may say, one’s position at a university depends heavily on the funding one generates. In my over 20 years as a U.S. academic, I was lucky to get funding from NASA, NSF (National Science Foundation) and the U.S. Air Force, in addition to private foundations like AMOCO. This allowed me to support research students as well as some junior faculty.

Since faculty jobs pay only for nine months in the year, funding is essential for research and other support. In the case of junior faculty like Truschke and Plofker, it can also mean a struggle to make ends meet. It is not unknown for some young faculty to work part-time as bar tenders and/or waitresses during evenings and weekends. It is called moonlighting.

Further they need to convince their superiors that their work is being noticed so they have chance of tenure and promotion, and some funding. So one can suppose there is potential for funding from anti-Hindu sources, from the newly affluent people in the West. So, they show tweets as evidence of recognition but that does not convince administrators, since it does not translate into funds or students.

This may not materialize but there is little alternative for these hapless young scholars. They have to try and show something. It is a struggle for survival for this unwanted oversupply.

It is now known that the notorious Angana Chatterji was funded by Pakistani activist Fai. She served them by working to have a visa denied to Narendra Modi, when he was Gujarat CM. This might have suggested to some young scholars that there is money to be made in Hindu bashing.

There is some money for writing about Hindu philosophy and literature, but that means competing with Sanskrit scholars at top universities. Not everyone can be like Sheldon Pollock receiving money to produce translations of Indian classics for the Murty Classical Library. It is also hard work.

So the most these young faculty members can hope for is to look for another position in a limited market and a life of genteel poverty. Both positions and money are scarce. Indians should not take them or their work seriously.

Let them disappear into the dustbin of history where they and their work belong.