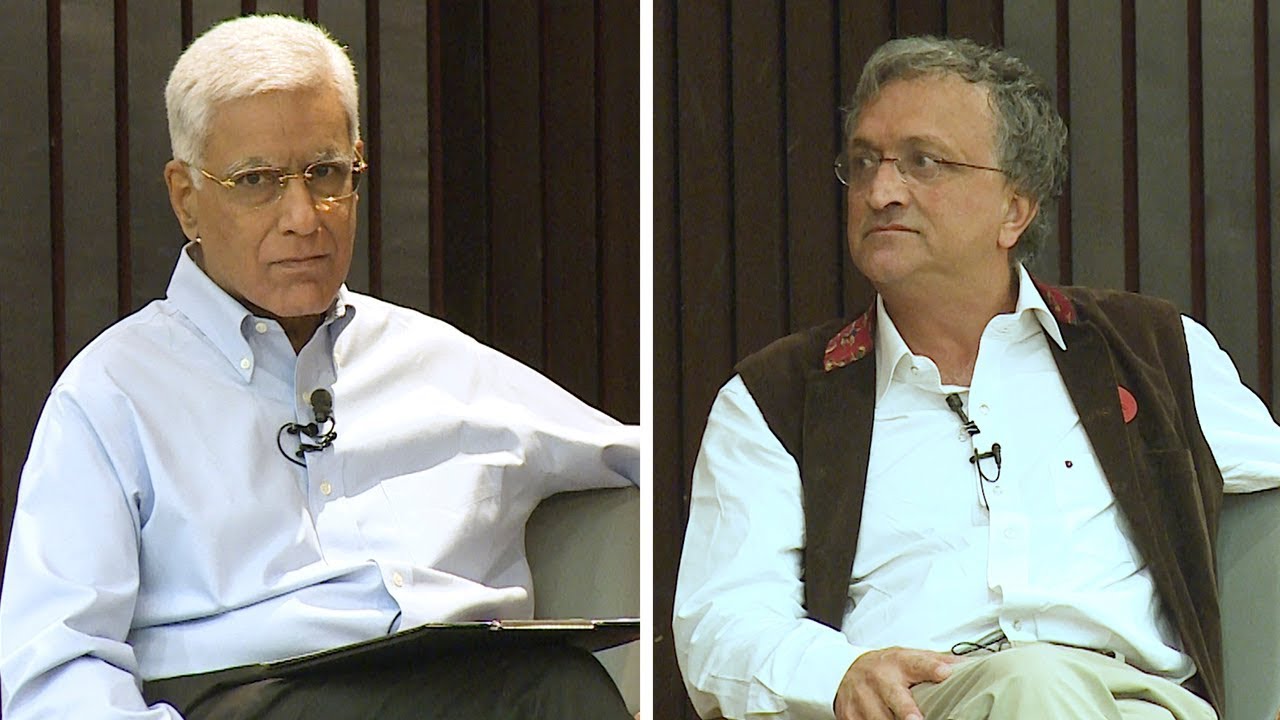 Earlier this month, Karan Thapar launched his pre-election series, “Great Thinkers of India”, with the yet to fade ever eminent history-distorian Ram Guha as his guest.  While this author confesses to being a former young and impressionable fan who like many eventually grew up to be severely disappointed with Guha, some of his statements are worth examining.

“Rahul is totally unprepared and incapable of being PM…a fifth generation dynast as PM is a repugnant idea”.  “Modi’s government has generally been a clean government.”

This is the type of shape shifting that the Lutyen’s ecosphere is expert at. If one were to critique the Modi government on improvement in the corruption arena, then it is from BJP supporters themselves who offer a more balanced, even severe critique at times, rather than the “fling anything and see what sticks” critique that is typical otherwise.

“Modi centralises too much power, while Manmohan Singh decentralized too much. “

This would be a typical Guha mis-statement, completely ignoring Dr. Singh’s complete dereliction of duty, handing over power to an un-elected Sonia and her extra-constitutional cabinet, the National Advisory Council.

“Congress was badly advised to focus so much on Rafale. They needed a change of bowling. Rafale was not getting wickets and they needed to change the bowler to agrarian distress, joblessness or promises to the youth that were betrayed, and for some strange reason, Mr. Rahul Gandhi went on and on about Rafale as if he wanted to avenge the stain on his father’s reputation… because of Bofors 30 years ago…so until recently the Congress has run a rather puzzling and directionless campaign by focusing on precisely the wrong things… the record of this government is better than past governments on big ticket corruption….and Modi cannot be held accountable for any personal corruption…”

What Guha will not mention

Militancy and terror arising from Islam rearing in Bengal, Kerala and other places ? Skip.  The church and proselytization, the silence on Bishop Franco and diversion of pubic mindspace via #meToo, orphanage baby selling, church meddling in Indian affairs.  Skip.  Religious demographic change.  Skip. Modi’s positive track record of building relationships across the Middle East? Skip.  What do you think of NYAYA? Skip!

By now, Guha followers should be accustomed to the meaningless finger pointing in areas where the long ruling Congress sowed, exacerbated or even invented the problem in the first place.  Questions are to be directed everywhere else, but not toward India’s Super Prime Minister from 2004-14, Sonia Gandhi.  That India needed a strong decisive leader and the beginnings of a Hindu assertive consciousness that was long denied to it deliberately by the dynasty, and was waiting to be tapped into: this is something Ram Guha the Hindu-in-name only can never quite get himself to acknowledge.

The big change: a new media

Other components of the interview are of mild interest, but it is when Thapar asks “is the media being honest or partisan?” that it becomes interesting not for Guha says but what is implied.  His response is that “…the media is too concerned about elections and not what happens in between…  And that this media is too scared of the ruling government to do unflattering stories…”

Not only is this totally false, but one is hard pressed to find when the Lutyens media over the last few decades had directly picked on Nehru dynasty heads and exposed them, until recently.  It is one thing to expose the highly compliant fall-guy known as Dr. Singh, or the dynasty gift that keeps on giving Rahul Gandhi, but the fear and grovelling towards Sonia remains among Guha’s peers.

A new media has emerged beyond the mainstream media channels, no longer dependent on the Lutyens sycophancy. Here, the reference is not to the mainstream media, where BJP friendly stations have slowly carved a space, and invite their own criticisms, where deserved.  It is in social media and individually-funded websites, where along with a lot of noise among the signals, we are seeing a fight back. Thousands of diligent researchers, scholars and concerned citizens have sprung forth with their cameras, stories and scholarly research, often giving up lucrative careers to present facts and evidence.  The rosy days of the Sagarikas, Barkhas, Karans and others being pampered, are slowly giving way to concerned citizens seeking lasting action and truths, with the added ability to confront and correct some of the misreporting.  The Gandhi family and its cohorts can’t quite hide from this awakening, and certainly not behind the shadow of their crew whose own slow-paced slide into irrelevance is long overdue.

Times they are a-changin‘, R. Jagannathan, September 2016, Times of India

One Reply to “Thapar, Guha and a Rising New Media”