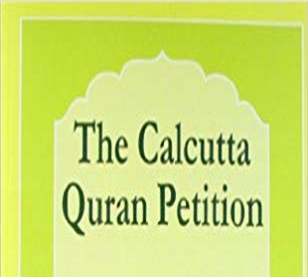 The average educated person today, anywhere in the world, is likely to be both confused and frightened by Islam. On the one hand, it is supposed to be a religion of peace that preaches equality and justice for all, while on the other, it is hardly possible to escape the fact that the most unspeakable acts of violence are daily committed by individuals and groups in its name. To make the situation more confusing, there is no shortage of ‘experts’—Eastern and Western—who tell us that Islamic terror is an aberration that has nothing to do with the ‘true’ Islam. It is fair to say that a majority of the people in the world has swallowed this explanation while remaining ambivalent about Muslims and their behaviour In other words, they blame Muslims but not Islam.  Sita Ram Goel, one of the world’s most incisive students of Islam, blew away this confusion by giving an unvarnished, scholarly yet highly readable account of the theory and practice of Islam. By a detailed analysis of its scripture and history, he exposed the charade that Islamic terror can somehow be separated from its teachings. In the process, the prolific and erudite Mr. Goel probably wrote his masterpiece.

To return to the confused state of knowledge about Islam, there has long been a need—more urgent today than ever before—for a work that could explain the theory and practice of Islam for the average reader. The Calcutta Quran Petition by Sita Ram Goel most effectively fills this void, especially for Indian readers. His pluralistic Hindu background gives him a distinct advantage over his Western counterparts who, despite their best efforts, cannot entirely break free of the shackles of their exclusivist Judeo-Christian heritage that springs from the same soil as Islam. Goel on the other hand looks at Islam as a complete outsider, disregarding its pious claims. If there is one book on Islam that a concerned person should read, it is his work.

Manual on Islam for non-believers

The book could with equal justice have been titled Islam for Non-Believers: Its Scripture, History and Practice. The reason for the unusual title is historical. On 29 March 1985, one Chandmal Chopra filed a writ petition in the Calcutta High Court seeking a ban on the Quran under Sections 153A and 295A of the Indian Penal Code because it “incites violence, disturbs public tranquility, promotes, on the ground of religion, feelings of enmity, hatred and ill-will between different religious communities, and insults other religions or religious beliefs of other religious communities of India.” The Calcutta High Court disallowed the petition, but the issues raised by it remain relevant, especially now when the need to understand the causes of terror in the name of Islam is greater than ever.

More significantly for the present discussion, it led Sita Ram Goel to write the volume under review. The sordid details of the case in question would probably be of little interest to the average reader today though they shed much light on the ignoble conduct of the Governments of India and West Bengal in the face of real or perceived Muslim threats. Out of a total of 345 pages, the author devotes no less than 230 pages to a general discussion of Islam that has little directly to do with the Calcutta Petition. These pages, covering Chapters 2 through 10, constitute for all practical purposes an independent manual on Islam, beginning with the message of the Quran. This is what is reviewed here.

The first point to note about the Quran is that it does not stand alone. The Suras (verses) of the Quran were created in specific situations arising out of specific military, political and sometimes personal needs. They invariably reflect the convenience of the Prophet who found it expedient to invoke Allah as authority to have his own way with his people. Seeing this, his favourite wife Aisha once observed, “I find that Allah is prompt to proclaim commandments in accordance with your desire.” This means that the context in which a Sura was created is all-important. Taking Quranic passages out of context can lead to grotesque interpretations like Sir Abdullah Suhrawardy’s Sayings of Muhammad, which Mahatma Gandhi with his usual blind-spot for Islam hailed in his Foreword as among the “treasures of mankind.”

The context for interpreting the Suras of the Quran is provided by the Hadith. They may be described as the record of the activities of the Prophet. They are so detailed, that it is possible to obtain a more or less complete picture of the private and public life of the Prophet. It may fairly be said that the Hadis rather than Quran form the basis for Islam, for without them the Quran becomes virtually incoherent. As Goel makes clear in Chapter 3 (“Entire Quran is a Manual on Jihad”), there is practically no difference between Allah and the Prophet; Allah does the Prophet’s bidding. This made the great Maharshi Dayananda Saraswati observe, “Allah is the Prophet’s domestic servant.” As Goel explains, this makes the Quran (the ‘Word of Allah’) and the Hadith (‘Acts of Muhammad’) interchangeable. The importance of the Hadith cannot be overestimated though most non-Muslims are ignorant of its existence.

Hadith is Quran in action; Prophet as Role Model

In other words, the Hadith describe the Quran in action, meaning the acts of the Prophet. These in turn became the model of behavior to be emulated, for every true Muslim from the highest to the lowest. As Goel observes: “It is this fixed and frozen image of the Prophet which is meant when a Muslim proclaims his Din (fundamental faith). In fact the Prophet produced a ‘revelation’ (33.21) presenting himself as the perfect model for those who look forward (with hope) for the Day of Judgment. For a pious Muslim, human life is best lived when it conforms to Muhammad’s conduct even in minor matters such as defecating … cutting one’s beard to a specific size and so on. Islam leaves no room at all for individual initiative or judgment.  In case of doubt, a pious Muslim must go to a mufti (juri-consultant) and obtain a fatwa [ruling] about how the Prophet would have conducted himself in a situation which, according to all sources, the Prophet is not known to have faced.” Needless to say, this is not a climate conducive to progress.

This has a sinister side with far-reaching implications. Since the later part of the Prophet’s career is full of war and bloodshed in the name of Allah, religious war or Jihad is seen as the highest goal of Islam. What the world is faced with today—from Kashmir to Kosovo—is Jihad or religious war to bring the whole world under the sway of Islam. This reality cannot be wished away as is done by liberal academics in East and West, by giving an abstract interpretation of Jihad.

As Walter Laquer, an American expert on terrorism observed, “Many interpreters of jihad in the Muslim world, and an equal number in the West, have explained that jihad has a double meaning: it stands for jihad bi al saif (holy war by means of the sword) and also for jihad al nafs (literally, struggle for one’s soul against one’s own base instinct). Both interpretations are true, but Islamic militants have rejected the spiritual explanation as dangerous heresy.  The Taliban in Afghanistan and many militants are not impressed by the speeches and writings of more moderate exegetists about the ‘poverty of fanaticism’ and the ‘spiritual mission of Islam,’ and this fact is what matters…”

The fact of the matter is that influential Muslim leaders see the violent version of Jihad as the only valid one. Jihad to them is “the most glorious word in the vocabulary of Islam,” and by this they don’t mean striving for inner perfection. Goel explains this vital fact with clarity and thoroughness with profuse illustrations from the history and scripture of Islam. As he points out, the Quran studied alongside the Hadith is nothing but a manual on Jihad, or religious war. Just as the Prophet became the model for Muslim behaviour, his blood soaked career became the model for a succession of Muslim leaders down to the present.

While the Hadith are indispensable for understanding Islam, they present a bewildering mass of detail to the uninitiated. In Chapter 4 (“The Prophet sets the Pattern”), the author takes the reader through the Prophet’s career by presenting a systematic picture of the historical background and the key events. He describes also two interesting episodes that are not widely known: the Prophet’s invitation, in a time of distress, to the Christian Abyssinians to invade Mecca, claiming that his teachings were no different from theirs; and the famous ‘Satanic Verses’ inspired by the need to regain the support of the Meccans. In Chapter 5 (“The Orthodox Exposition of Jihad”), the author produces evidence from primary sources to demolish the claim of modern apologists that Jihad has, or ever had, a spiritual meaning. This ‘spiritual’ interpretation is exhumed only when they feel insecure, as in India today, or when faced with powerful opponents like the United States, to be buried again when conditions turn favorable.

Jihad in India: A lesson in history

Chapter 6 (“Jihad in India’s History”) may be read as a practical demonstration of Islam in action. It is to be hoped that every policymaker in India as well as the West will read this capsule account of the ‘bloodiest story in history’—as Will Durant called it—and learn its lessons. Indians in particular must face this historical truth and not seek escape in fantasies written by soothsayers calling themselves historians. This chapter should be made required reading for students in India, if mistakes of the past are to be avoided. Western policy makers, especially in Europe should study this with care, for what they are facing was faced by India centuries ago.

In some ways the most interesting and original section is Chapter 10 (“A close look at Allah of the Quran”). In this, Goel compares Allah of Prophet Muhammad with the Mongol sky god Tengri who inspired Chengiz Khan on his world conquest. He shows how from the Jaxartes (Syr Darya) in Central Asia to the Nile, the soldiers of Allah were no match for Tengri’s Mongols. Baghdad along with its Caliph were reduced literally to dust under the hooves of the horses of Chengiz’s grandson Hulagu Khan and his ‘Devil’s Horsemen’. This fact though is rarely found in history books in use in India. (Tengri had a redeeming feature though—he was tolerant of all religions.)

In summary, Sita Ram Goel produced a manual on Islam that is a ‘must read’ for everyone concerned about the threat posed by Islamic terror in our time.  After reading The Calcutta Quran Petition, one can appreciate what Maharshi Dayananda Saraswati meant, when he said upon reading the Quran, “I cannot tell the difference between its God and its Devil.”