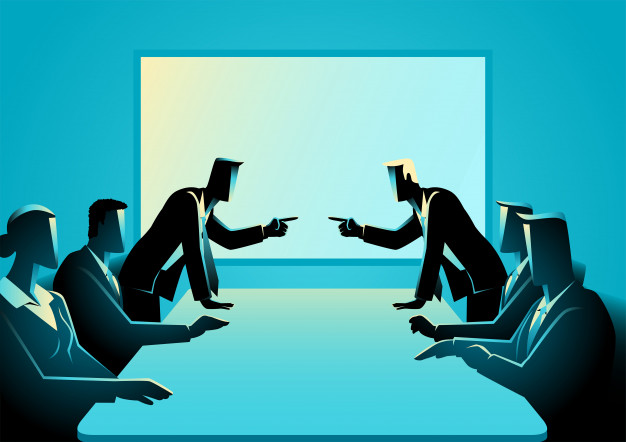 “We must do something!”

How often have we heard this phrase when discussing the state of India, especially the state of Hindus, India’s culture, its barely corrected education system that teaches false history, and so forth? We are arguably in the 30th year of India’s revival, its transition to a modern State, with multiple factors playing a role.  In the last seven years, we have had a different trajectory politically, having moved away from the Nehru dynasty’s political hegemony, perhaps permanently. We have also seen a whole generation born into a newer India, no longer that hopeless survivalist mentality, but an aspiring, optimistic and ambitious path being pursued.

Yet we have unresolved issues, that classic civilizational stalemate.  We are unable to fully come to terms with our very broad largely Hindu identity, with several ideologies of colonial origin still making demands well beyond their representative needs, to the detriment of the country if required. We don’t need to go into all of these; the focus is on some key parameters, including our broader cultural and civilizational identity, our still de-rooted and disinformed selves, and to make those corrections.  It is no straight line, with many complex questions to be addressed not just politically and economically, but also educationally and in the information space.  Do we know ourselves? Are our children rooted in our civilization, or are we still going to live on a forced-down borrowed foreign identity of ourselves?

The age of the internet and social media, with all its disinformation, also has provided millions of people with access to information and knowledge that they were historically denied, unless they had privilege and connections. No longer can the Anglicized neo-colonial elite of India solely decide what is the news and what is our identity and history, without serious rebuttal, sometimes reactive, but often scholarly, from a wide variety of surprising research-oriented, rooted individuals and organizations.

This question comes up repeatedly: “we must do something”, something we have heard from not just the uninterested, but also from the patriotic, the people we normally consider as sincere.  By “do something”, we are referring to better universities, more cultural connect, deeper understanding of our philosophical teachings, clarity on our identity, honesty on the nature of how India was colonized, who were the key negative actors, and what we need to call out, what we should be doing to eliminate poverty. In essence, we must do something to de-colonize.

To those who pose this question repeatedly, here is some feedback. We have innumerable news sites that take the indigenous Hindu view, that compete with the neo-colonial, disinformation-specialist legatees in the media. We have more publishing houses coming up and older revered ones still carrying on their duties, those that quietly took the more honest view of India’s past, present and future. We have several India-focused academies, some enterprising universities, raising awareness among a whole new generation of rooted Indians, and those starved for guidance. If one prefers the path of apolitical self-discovery, our ashrams, Vedanta learning, yoga, meditation, Sanskrit study, they have always been around, and their enrolment is reaching a wider audience.  They have always been doing more than just “something”.  Their contributions have been immense. What is required is more people join in this long journey, actively.

So the question is to be reframed: why are you constantly just talking? There are innumerable people who pose question after question in social media and private messaging forums, revealing their basic lack of interest, rather than their ability to raise “good questions”. One is reminded of the ineptitude of dynasty scion Rajiv Gandhi, who kept saying “hame yeh banana hain, woh banana hain” (we must make this, we must build that).  The banana Prime Minister. Now we have banana individuals, whose key focus seems economic and not much beyond.

There is nothing wrong with an economic focus, and it is a good idea to take care of the self and family needs, to be a contributor to society economically, and not be a burden. But, if you really want to do that something, then it is time you, the individual, allocated your time and effort to support people who are actually trying very hard to do something, who give their time and resources to move India along, to make it better for the next generation in a cultural and spiritual way, not only economic.  Become familiar, and become a follower, survey the landscape; find out about the things you dream about that are actually being done, and help those whom you consider sincere.  In short, stop being a tourist, someone who gathers a little knowledge, and foists it off as a smart question and has a “good discussion”.  Six months or six years down the line, if you are still that banana individual, then please get out of the way. This task is not for you.

I have seen a few individuals, purely money-focused, taking care of their family, and informing friends about what great meal, drink or place they visited. They don’t bother about getting involved in this aspirational business.  Something wrong with that? Truth be told, I prefer them. They are honest; they are not going to do something nor are they getting in the way of others with mockery and false concern.  Be like them, then.

When the wake up does happen for some, let them figure out over time that a lot has been done, and be grateful, contribute when genuinely interested. It will be appreciated. These people can be part of the “late majority”  or “laggards” on the ‘‘contribution to my country cycle”.

Till then, stop being a tourist.