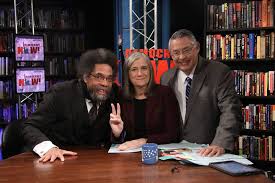 Like many Indians and fellow Asians who have spent time living in America, I cannot but feel great empathy for the historical wrongs committed on Africans who were most heinously uprooted and deracinated from their homes and cultures.  We are talking not just about the current United States but the entire Americas and the Caribbean whose indigenous peoples bore the brunt of horrific genocides and evisceration of ancient cultures.  These peoples were to be joined in the Americas by slaves from Africa and India, along with a surprising and brief trickle of Irish slaves initially.

Current events, such as the riots led by the Antifa / Black Lives Movement in the US over the killing of George Floyd are a reminder of some root problems facing African-Americans (AA).  Initial indications are that George Floyd was hardly a stellar member of the AA community, but let us keep that aside for now.  Instead, let us look at this, in no particular order, from the perspective of what AAs have faced, and the traps many of them (thankfully, not all) have fallen into as they slowly try to overcome this historical criminality and systemic racism.

Blaming White people. Here is the first error.  By now it should be clear that the Church has been arguably the key driver of racism, pushing a systemic and approved prejudice into its own European subjects first, so that those horrific prejudices were directed elsewhere later.  Again, we will have to leave aside how common Europeans themselves were targeted as the various church denominations established paramountcy in Europe, at great cost to Europe’s own ancient spiritual traditions.  The Church, by various methods including subjugation, fraud, famine and threats, transformed some of the native European population into genocidal mercenaries who ran riot across the world.   One rarely sees African-American leaders actively call out the Church for its crimes, and its legacy carryover “culture” of which systemic racism in the US is only one visible product.  Instead, we see the choice of the far more tempting and easier target: Whites.  This is of course not to exonerate this catch-all term “Whites”, but to get to the origins, and question why so many African-American church leaders have at best given lip-service to the root cause of the racism.

Unfamiliarity with Islam. African-Americans are often told that “Africans did it to themselves”, which is the common half-truth pushed across all colonized regions.  Little do they understand that industrial-scale slavery in Africa was already present before “the White man” arrived to “civilize the savages”. It was not simply “Africans” but Islamic imperialism into Africa laying the groundwork through one of their main economic drivers, slavery. This Islamic led slavery was also at work in Western and Central Asia, as well as in India.  Today’s Pakistan and Bangladesh is one outcome of that, amputated out of the Hindu-dharmic India of the past.  It must have been this unfamiliarity that drove several inspirational AA figures to reject Christianity, and then embrace Islam unwittingly.  Muhammad Ali, Malcolm X, Kareem Abdul-Jabbar,  and several others come to mind.

The Marxist Trap.  Further explorations out of the enslavement and a fight-back would lead many courageous African intellectuals and leaders into the beautiful polemics of the Left.  These gulag-loving totalitarian opportunists still masquerade as an option in the US as the “Black Left” aligned with the US Left.  At best, great speeches railing against imperialism, and how Europe stood on the shoulders of others, are their main output.  The US “Black Left” is no solution, and it should boggle the curious mind how they could be in alignment with Islamists across the world, fighting against the dubiously named “Islamophobia”.  Indeed, there are good people who happen to be born into any religion, including Muslims, but a lack of knowledge of how similar Islam and Judeo-Christianity have been and are, in terms of their teachings as well as track record, will escape most African-Americans.  There is insufficient publicly distributed knowledge on how the Abrahamists have been willing collaborators at times, not just competitors, against the heathens, pagans, kaffirs and native civilizations across the globe, when it met their needs to hold onto power and wealth.

The Atheism Trap.  This insidious option becomes available once the African American, like many of his European brethren, rejects religion.  The most famous modern proponent of atheism, Richard Dawkins, has played a big role with his awful “The God Delusion”.  As some have correctly pointed out, it is indeed “rational” and “logical” to reject a genocidal hate-mongering “God”, but Dawkins’ work should have been more accurately called “The Abrahamic God Delusion”.  Dawkins himself has confessed unfamiliarity with Eastern spiritual traditions, which have a different definition and outlook on the word “God” itself.  Dawkins’ work has led to a lot of misled idealistic people rejecting all “Gods” and all “religions”, not just Abrahamic ones, under the notion that “all religions are the same” when the Eastern traditions are completely different.  (Note: This author confesses unfamiliarity with the God concept among the indigenous peoples of Africa and the earlier Americas, which may or may not have some commonality with the fortunately still-surviving and resilient Asian traditions that are not world-conquering, genocidal and native erasing.)

The Liberalism Trap.  One can understand if many African-Americans stay away from the Republican Party because of overt racism among some of its supporters.  But one has to be in denial to think that the Democrats are somehow goody two shoes.  Their covert racist attitudes are far more insidious, a congregational event for the duped and the hopeful, not just the “Uncle Toms”.  This charade has been often led by their own “Black Misleadership Class”, a term I borrow from the “Black Left” which is expert at pithy phrases, especially true ones.  One should not be surprised either that many African Americans see through this regardless, and end up voting Republican based on their own perceptions, correct or not.  With mild changes, both are the same party, and these differences are not related to empathy for Blacks.  Comical it is when they accuse President Trump of racism when the Democrats themselves themselves have housed elite African-nation destroyers like Hillary Clinton and, yes, even Barack Obama and the “first Black President”, Bill Clinton.

The Imperialism Trap.  If one surveys the number of countries destabilized by Western powers led by the US since WW2, then the desire to “fit in” has not escaped the African-American community.  From Libya to Syria in recent times, they are not winning kudos as imperial soldiers or media war cheerleaders (think Colin Powell lying about Iraq’s non-existent WMDs, or Condoleezza Rice), adopting the worst of the behaviours they have attributed to their European-descent cousins.  But then, one will also have seen Arab-descent Americans playing roles in the destruction of Iraq. Cries of “anti-imperialism”, “despotic dictator” and “save democracy” have looked like circus acts.  A case of “bolne me kya hai” (a common Hindi phrase that means: there is no harm in just sayin’).

The NGO and “Save the World” Trap.  Whether Zaire or India or through overt and covert missionary approaches, here too we see AA participation, a legitimate and useful cover for the exploitation of indigenous peoples by unusual actors over welcoming unsuspecting natives.  Closer to home, the last thing AA need is widely available public imagery of looting and civil disturbance that will likely set back the African American community.  Any movement that enhances such negative stereotyping must be viewed with at least a little suspicion.  Any movement that encourages false targets (e.g. Asian immigrants who themselves have had their countries face horrific assaults, are just one example) or uses gullible youngsters to break laws should justifiably raise alarms.

But wait, as fortunately, things have changed, at least a little.  160 years post the US Civil War and 60 years post the civil rights movement, there has been “some progress”.  This really depends on how one views “some” and “progress”. Capital is also more accessible today, even if at an always smaller scale with restricted entry.  One needs to understand that these listed traps have ensnared all people across the world, not just African-descent people, and are very much in play today.

How to overcome these traps?  For this, let us consider some current well-known AA public figures, such as Michael Jordan, Cornell West and a few others, and their impact. While there are no easy ways forward, an awareness of these traps is still an important step.

The reader may view the above as from a well-wisher from another land, rather than as a survey of AA history.