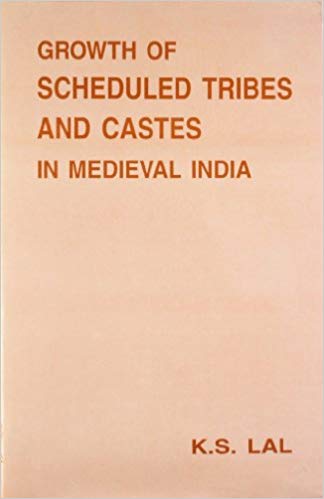 The Myth of Dalit-Muslim Unity

The myth of Dalit-Islam unity has been doing the rounds for a few decades now, despite a copious amount of evidence to the contrary and a near-complete absence of historical evidence to support the premise of any such unity. To say that the credit for the growth of India’s tribal population (some of whom are referred to as Dalits) goes to the centuries-long Muslim rule in India would be a surprise to most.

When faced with the onslaught of Muslim marauders during the first centuries of the second millennium, the subjects of Hindu kingdoms had, broadly speaking, three choices.

This is something that has been glossed over by leftist historians of India. Rather than theorize about the reasons for this omission, it would be more useful to look at this third option in some depth with some examples.

It is commonly accepted that the Sultan Ala-ud-din Khilji got infatuated with a young Malik Kafur’s girlish charms, had him castrated, and bought him for a thousand dinars (it is unknown whether the sale took place first or the castration; it is immaterial in any case). Kafur would rise to the rank of a general in the Sultan’s army, and eventually kill the Sultan in 1316.

Equally notable a slave is Khusrao Shah (or Khusrao Khan who had been captured as a child by Ain-ul-Mulk Multani (Alauddin’s general and future governor of Multan) during his raid of Malwa in 1305 CE, and gifted to the Sultan. Fifteen years later, in 1320 CE, when the Sultan’s son Qutubuddin Mubarak Khalji became the ruler, he took a fancy for the now grown-up Khusrao and made him his lieutenant and more. While “outwardly he surrendered his body to the Sultan,” the “infliction of unnatural carnal acts” by the Sultan had bred resentment and anger.

Later that same year, in September 1320 CE, Khusrao sought the help of forty thousand of his Barwari clansmen, had Qutbuddin killed, and “ascended the throne as Sultan Nasiruddin Khusrao Shah.”  Why had the Barwaris answered the call of Khusrao? All chroniclers of the time, including Barani, Amir Khusrao, and Ibn Batttuta agree they had “low social status.” The Barwaris carried the memory of the ravages of Alauddin’s invasion of 1299 CE, where he had conducted wholesale “massacres in Anhilwara, Asavalli, Cambau, Vanmanthali, Surat, etc”. This short-lived “Hindu Raj” in Delhi however was put to an end when Ghiyasuddin Tughlaq “invaded Delhi, killed Khusrao and stamped out Barwari resistance.” The Barwari resistance however remains “a very significant episode in the resistance of the low caste Hindus in the early history of medieval India.”

It is estimated that “during the first quarter of the eleventh century the loss of Indian population due to Mahmud’s invasions was about 2,000,000.” No nation, society, civilization could have survived this rate of decimation. But India survived. How? The answer is forests and rivers and hills.  One such instance is the retreat of Rai Kulchand into the forests to escape Mahmud Ghaznavi. Another is the escape of Chand Rai into the forests to prevent conversion at the hands of Mahmud.   The tribes that took to the forests suffered greatly. Existence was hard. Mortality was high. Culture and arts were close to non-existent. History survived to some extent only through folk-songs.

“whenever they found a chance they sneaked out from their hilly or forest retreats and waylaid Muslim travelers on highways. They targeted important persons in particular. For instance, when Bahram Shah defeated his sister Sultan Raziyah (1236-40) and her husband Altuniah at Kaithal, and they fell into the hands of Hindu peasants, the latter put them to death.”

Muslim chroniclers, and later British historians and administrators, would refer to them as “robbers”, and the British would even classify entire tribes as “criminal” tribes, permitting their general genocide in the name of establishing the rule of law. The truth was starkly different.

In the face of continuing Hindu resistance to Muslim rule, Alauddin and his advisers arrived at the conclusion that it was “wealth” which provided motivation and sinews of rebellion and disaffection. “The people, therefore, must be impoverished.” The biggest “tax reform” is that he fixed the tax as half of the agricultural produce. In addition to the fifty per cent of the agricultural produce as land tax, the Sultan also “imposed house tax, grazing tax and many other cesses.”

The zamindars, peasants, villagers would resist where they could, pay meekly most of the time, and as “a last resort,” would flee into hills and forests. They “joined the ranks of what today are called scheduled tribes and backward castes. Those who fled into the forests included all groups of people – Rajas defeated in battle, Zamindars unable to pay taxes, and pauperized peasants.

In reconstructing the history of that turbulent period, KS Lal had to rely on two sources. The first comprised the works of chroniclers of the Muslim rulers, who however were intent on “eulogizing their conquerors and kings no end.” The second were the “traditional accounts of tribals singing the praise of their victories over attackers and oppressors.” This yields an “interesting, though somewhat disjointed” history.

(Editor: This review in an abridged form of the original published on Abhinav Agarwal’s blog in August 2016)

What saved India’s Peasants during the Medieval Period?, B V Rudhraya, April 2019, YourAwesomeIndia.com

Where Lions rise against Jackals: Flight of Deities, B V Rudhraya, June 2019, YourAwesomeIndia.com