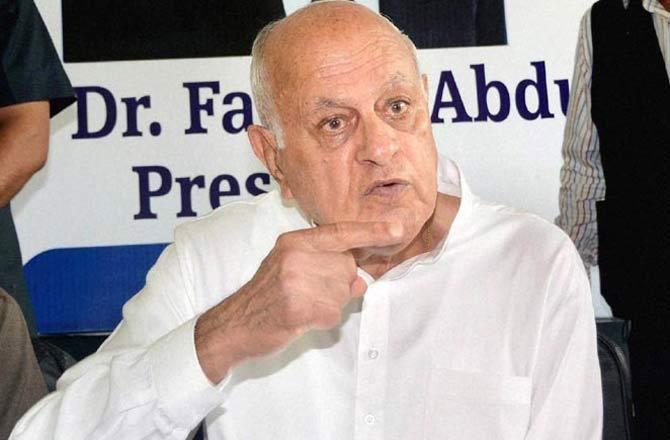 How Hindus Were Hounded Out of Kashmir

Kashmir: Did the local Kashmiri muslims aid the expulsion of Kashmiri Pandits?

There is a huge hue and cry by Muslim leaders of Kashmir, followed by the usual secular-liberal gang over the supposed ill-treatment of some Kashmiri (Muslim) traders in cities like Lucknow. But no one seems to have bothered to ask them what these leaders did to help the Hindu victims targeted by the Muslim militants of Kashmir, when these leaders were in power as CMs. Here is a chilling first hand account by one who was there. I am grateful to Sri Shivansh for bringing it to my attention.

The account is not substantially different from that described by Sahana Vijayakumar in her brilliant novel Kasheera reviewed recently on this website in the book review section.

On January 04, 1990, a local Urdu newspaper, Aftab, published a press release issued by Hizb-ul-Mujahideen, asking all Pandits to leave the Valley immediately. Al Safa, another local daily repeated the warning. These warnings were followed by Kalashnikov-wielding masked Jehadis carrying out military-type marches openly. Reports of killing of Kashmiri Pandits continued to pour in. Bomb explosions and sporadic firing by militants became a daily occurrence.

Explosive and inflammatory speeches being broadcast from the public address systems of the mosques became frequent. Thousands of audio cassettes, carrying similar propaganda, were played at numerous places in the Valley, in order to instill fear into the already terrified Kashmiri Pandit community. Recalling these events, the former Director General of Jammu and Kashmir Police, Shri M M Khajooria said, “The mischief of the summer of 1989 started with serving notice to the prominent members of the minority community to quit Kashmir.

Dead Bodies Of Kashmiri Hindus massacred at Wandhama on Jan 25, 1998.
The letter said, ‘We order you to leave Kashmir immediately, otherwise your children will be harmed- we are not scaring you but this land is only for Muslims, and is the land of Allah. Sikhs and Hindus cannot stay here’. The threatening note ended with a warning, ‘If you do not obey, we will start with your children. Kashmir Liberation, Zindabad.’

They signaled the implementation of their intentions quite blatantly. M. L. Bhan of Khonmoh, Srinagar, a government employee, was killed on 15 Jan 1990. Baldev Raj Dutta, an operator in Lal Chowk, Srinagar, was kidnapped on the same day. His dead body was found four days later, at Nai Sarak, Srinagar. The body bore tell-tale marks of brutal torture.

The night witnessed macabre happenings, the like of which had not been witnessed by Kashmiri Pandits since Afghan rule. Those that experienced the fear of that night are unlikely to forget it in their lifetime. For future generations, it will be a constant reminder of the brutality of Islamic radicals, who had chosen the timing very carefully. “Farooq Abdullah, whose government had all but ceased to exist, resigned. Jagmohan arrived during the day to take charge as the Governor of the State.”

He took over the charge of the Governor just the previous night at Jammu. He had made efforts to reach Srinagar during the previous day, but the plane had to return to Jammu from Pir Panjal Pass, due to extremely bad weather. Though curfew was imposed to restore some semblance of order, it had little effect. The mosque pulpits continued to be used to exhort people to defy curfew and join Jihad against the Pandits, while armed cadres of JKLF marched through the streets of the Valley, terrorizing them no end.

As the night fell, the microscopic community became panic-stricken when the Valley began reverberating with the war-cries of Islamists, who had stage-managed the whole event with great care, choosing its timing and the slogans to be used. A host of highly provocative, communal and threatening slogans, interspersed with martial songs, incited the Muslims to come out on the streets and break the chains of ‘slavery’.

These exhortations urged the faithful to give a final push to the Kafir in order to ring in the true Islamic order. These slogans were mixed with precise and unambiguous threats to Pandits. They were presented with three choices — Ralive, Tsaliv ya Galive (convert to Islam, leave the place or perish). Tens of thousands of Kashmiri Muslims poured into the streets of the Valley, shouting ‘death to India’ and death to Kafirs.

These slogans, broadcast from the loudspeakers of every mosque, numbering roughly 1100, exhorted the hysterical mobs to embark on Jihad. All male Muslims, including their children and the aged, wanted to be seen to be participating in this Jihad. Those who had organized such a show of force in the middle of a cold winter night had only one objective: to put the fear of death into the hearts of the already frightened Pandits. In this moment of collective hysteria, gone was the facade of the secular, tolerant, cultured, peaceful and educated outlook of Kashmiri Muslims, which the Indian intelligentsia and the liberal media had made them wear for their own reasons.

Most of the Kashmiri Muslims behaved as if they did not know who the Pandits were. This frenzied mass hysteria went on till Kashmiri Pandits’ despondency turned into desperation, as the night wore itself out.  For the first time after the independence of India from the British rule, Kashmiri Pandits found themselves abandoned to their fate, stranded in their own homes, encircled by rampaging mobs. Through the frenzied shouts and blood-curdling sloganeering of the assembled mobs, Pandits saw the true face of intolerant and radical Islam. It represented the complete antithesis of the over-rated ethos of Kashmiriyat that was supposed to define Kashmiri ethos.

The pusillanimous Central Government was caught napping, and its agencies in the State, particularly the army and other paramilitary forces, did not consider it necessary to intervene, in the absence of any orders. The State Government had been so extensively subverted that the skeleton staff of the administration at Srinagar (the winter capital of the State had shifted to Jammu in November 1989) decided not to confront the huge mobs. Delhi was too far away, anyway.

Hundreds of Kashmiri Pandits phoned everyone in authority at Jammu, Srinagar, and Delhi, to save them from the sure catastrophe that awaited them.  The pleadings for help were incessant. But not a soldier came to their rescue. Therefore, Kashmiri Pandits found the best protection in huddling together indoors, frozen with fear, praying for the night to pass. The foreboding of the impending doom was too over-powering to let them have even a wink of sleep.

The Pandits could see the writing on the wall. If they were lucky enough to see the night through, they would have to vacate the place before they met the same fate as Tikka Lal Taploo and many others. The Seventh Exodus was surely staring them in the face. By morning, it became apparent to Pandits that Kashmiri Muslims had decided to throw them out from the Valley. Broadcasting vicious Jehadi sermons and revolutionary songs, interspersed with blood-curdling shouts and shrieks, threatening Kashmiri Pandits with dire consequences, became a routine ‘mantra’ of the Muslims of the Valley, to force them to flee from Kashmir. Some of the slogans used were: “What is the message of People’s League? Victory, Freedom and Islam.”

Wall posters in fairly large letters, proclaiming Kashmir as the ‘Islamic Republic of Kashmir’, became a common sight in the entire Valley. So were the big and prominent advertisements in local dailies, proclaiming their intent:
‘Aim of the present struggle is the supremacy of Islam in Kashmir, in all walks of life and nothing else. Anyone who puts a hurdle in our way will be annihilated’.

Press release of Hizb-ul-Mujahideen (HM) published in the morning edition of Urdu Daily ‘Aftab’ of April 01, 1990. ‘Kashmiri Pandits responsible for duress against Muslims should leave the Valley within two days’.

Headlines of Urdu Daily, Al Safa, of April 14, 1990. ‘With Kalashnikov in one hand and Quran in the other, the Mujahids would openly roam the streets singing the Tarana-e- Kashmir’ (image).

None of this is to justify the supposed ill treatment of Kashmiri traders in Lucknow or anywhere else, but only to highlight the fact that ‘leaders’ like the Abdullahs (father and son) and Mehbooba Mufti are the last people on earth who should be lecturing the Yogi government on how to protect minorities.