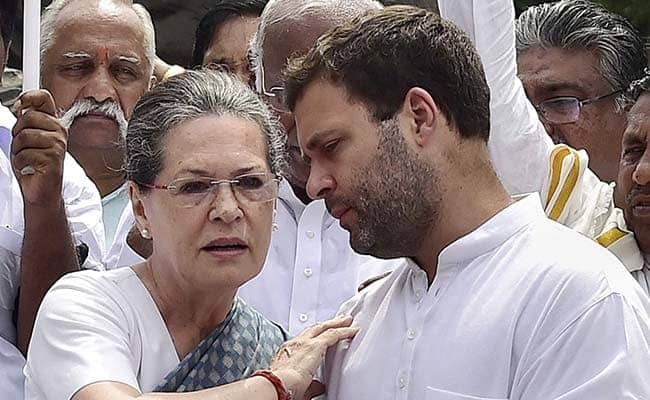 In 1947, the East India company that morphed into to the British Empire ruling India transferred power to a political party calling itself the Indian National Congress, though it was founded by a Brit called Allen Hume. The Congress party which ruled the country for much of the seventy years since the transfer of power, claimed credit for what it called India’s Freedom, though the facts prove otherwise. But in a bizarre turn of events, the Congress party turned has itself into a trading company, serving two European aerospace companies: Dassault of France and the Anglo-German conglomerate Eurofighter, with the Congress President Rahul Gandhi and his family acting like representatives of the latter company.

In 1865, the Mogul Emperor Shah Alam II (son of Aurangazeb II) handed the Bengal Diwani to Robert Clive of the British East India Company, then a trading company . This heralded the beginning of the British Rule (in one part) of India. Two centuries later, the Congress president Rahul Gandhi seems to have acted like the decrepit Mogul, trying to hand over the purchase of crucial decisions relating to the acquisition of fighter jets to one Christian Michel, a representative of Eurofighter.

After many tests and trials, the Indian Government led by Manmohan Singh but controlled by Congress President Sonia Gandhi, approved the purchase of Rafale fighter jets manufactured by Dassault, a French company. This was a substantial order amounting to billions of euros. The loser was Eurofighter, maker of the Typhoon fighter, competitor to the Dassault made Rafael. Though the contract was begun long ago, the actual signing of the contract was delayed by over ten years. This gave Eurofighter enough time to make a seemingly competing offer. This should have been the end of the matter, but the Modi Government and Dassault had reckoned without the arms dealer Christian Michel and his closeness to the Gandhi family which controls the Congress party.

In the light of previous experience with Bofors guns that had led to massive kickbacks to the Gandhi family and its associate the late Ottavio Quattrocchi, the Modi Government insisted on a Government to Government contract without any intermediates and brokers. This was a serious setback to Eurofighter and its agent Michel and his political associates in India as it represented a massive loss in terms of potential kickbacks.

Christian Michel was a party also in the now notorious Augusta Westland (AW) Helicopter case. AW is owned by an Italian company Finmeccanica. The AW deal was key to Italy becoming a powerhouse of arms exports to India, rising from No. 12 in 2007 to No. 5 by 2011, during the UPA (Congress) rule. Much of that rise had to do with Finmeccanica, the world’s eighth largest defense firm, and its CEO Guisippi Orsi who presided over an intricate network of middlemen based in Milan, London, Lugano and Delhi. India is one of the world’s largest arms purchasers to the tune $65 billion.

This brings us back to what we originally stated: the Congress has now morphed into a trading company with a distinctly Italian theme.