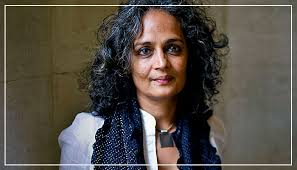 Human Rights, A Madness of Our Age

Scottish writer Charles Mackay (1814 – 89) may be unknown to the present generation but his 1841 book, Extraordinary Popular Delusions and Madness of Crowds, in which he gave vivid accounts of crowd hysteria from financial bubbles to major historical events like the Crusades and witch hunts, has remained an enduring classic. The first two chapters of the book on the Mississippi Scheme and South Sea Bubble is required reading for students of finance at American universities. (This though did not stop them from creating the financial bubble in our own time. People never learn from history)

To lovers of literature, his daughter the novelist Marie Corelli may be better known, but in his 1852 edition, Mackay accurately described how fads begin: “Whole communities suddenly fix their minds on one object, and go mad in its pursuit; that millions of people become simultaneously impressed with one delusion, and run after it… We find one nation suddenly seized …with a fierce desire of military glory; another as suddenly becoming crazed upon a religious scruple; and neither of them recovering its senses until it has shed rivers of blood and sowed a harvest of groans and tears to be reaped by its posterity.”

Mackay’s main themes were the crusades and witch hunts of Europe, both of which were driven by Christian zeal. In our own time, secular ideology seems to have replaced religious zeal; but this has not prevented horrors from being inflicted on innocent people in the name of Communism, Fascism and the like by Mao, Stalin and Hitler. Frederick Nietzsche called such secular belief systems ‘barbaric brotherhoods’. Even democratic America has had its mad period marked by Senator Joseph McCarthy and his Communist witch hunts. Present day history books do not like to mention that his anti-Communist crusade had considerable public support, otherwise he wouldn’t have been able to intimidate U.S. presidents like Truman and Eisenhower to soft pedal their objections to his investigations.

Today, the ‘human rights’ fad has taken the place of Christian zeal and Communist witch hunts. We have self-appointed moralists, what Narendra Modi called ‘a few fringe NGOs with an axe to grind’, pursue human rights for power and profit. It is no coincidence that these supposedly secular human rights organizations are dominated by Christian and Evangelical outfits; they have the experience, resources and the influence. Their targets are invariably mild and tolerant regimes like India, and rarely powerful and intolerant ones like China or Saudi Arabia that are likely to hit back. So what on the surface may seem like a pursuit of humanistic goals is often driven by a lust for power and wealth with scant risk to themselves.

It was no different with the Crusades. The Knights Templar who began as a heroic order in defense of Christianity were experts at extortion and fund raising, and became the first international bankers. It is no different today: individuals and organizations pursuing human rights agendas are first and foremost skilled at fund raising and influence peddling with private donors and government agencies. But no one working in the name of human rights likes to talk openly about money and power, so they assume a self-righteous posture.

This is the reason that human rights activists are always speaking in high moral tones and never miss an opportunity to criticize people and organizations trying hard to maintain stability and balance in the real world.  American commentator Emmett Tyrrell called this self-righteous posturing moral exhibitionism. To become a human rights activist, it takes no accomplishments beyond striking moralistic poses and finding fault with others. A closer look shows them to be quite anti-humanist when it comes to their own lives and interests. A good many of them are little more than poseurs and publicity hounds. We can look at a few of them to see this truth.

The loudest ‘human rights’ person of our time, the most blatant publicity seeker is probably Arundhati Roy. Born in Shillong, Meghalaya,to a Keralite Syrian Christian mother, the women’s rights activist Mary Roy, and a Bengali tea planter, Arundhati (nee Margaret) Roy has consistently taken positions against the interests of the Indian state – all in the name of ‘human rights’. These include her support for the Kashmiri separatists and more recently the Naxalites. She raised questions even over the culprits who attacked the Parliament leading to the death of security personnel – all, yet again, in the name of human rights!

Until made financially stable by the fortuitous success of her novel The God of Small Things, she worked at various jobs, including running aerobics classes at some New Delhi hotels. In other words, she was a struggling nonentity trying her hand at a hundred different odd jobs until she hit the jackpot with the Booker Prize. She is among those who think that receiving an award, any award from a Western, white country makes them morally superior to others. This allowed her to turn from a struggling writer to a moral preacher to the world.

Her record before the Booker was undistinguished. As we just saw, she was a struggling writer trying to make ends meet, but turned herself into a moral authority because of the accident of the Booker Prize. In reality, there is no greater hypocrisy than a Booker Prize recipient posing as a champion of human rights. Here is a little history about that award that the public needs to know. It is far from edifying.

It was originally called the Booker-McConnell Prize after the company Booker-McConnell began sponsoring the event in 1968, and became commonly known as the “Booker Prize” or simply “the Booker”. Among other interests, it operated the sugar industry in Guyana (British Guiana before independence in 1966). Booker-McConnell had a long history of exploitation of sugar workers through the indentured labour system. At its peak it controlled 75% of the sugar industry in British Guiana and was so powerful that a common joke was to refer to the country as ‘Booker’s Guiana’. In 1952 Jock Campbell took over the Chairmanship of the company. After centuries of exploitation, Jock Campbell began to treat his workers as human beings, providing basic benefits for the sugar workers.

Shockingly, his company was involved in the slave trade in a major way. It was John Campbell (Senior), Jock’s great-great-grandfather, ship owner and merchant from Glasgow who, towards the end of the 18th Century, first established the fortunes of the Campbell family in the West Indies, through the slave trade. By the 1780s, they were supplying the two most important British exports to the West Indies, herring and coarse linen goods. Among the principal beneficiaries of this booming trade were John Campbell (Senior) and Company, which supplied merchandise to the slave plantations along the coast of Guyana, then in Dutch hands.

It was in this role of supplier that the company first began to acquire plantations along the Essequibo Coast of Guyana, from planters facing bankruptcy. Jock Campbell (Junior) had the decency to admit that his ancestors had been de facto slave-owners. (They acquired slave plantations from bankrupt owners.) The younger Campbell himself abhorred slavery, and it was in fact the urge to make good the misdeeds of his family that was the catalyst for his own reformist ideals.

Where Campbell suffered from a deep sense of guilt, Arundhati Roy is too morally obtuse to see that as the recipient of an award instituted by a slave-trading company, she shouldn’t be talking about human rights. Hypocrisy is too weak a word for such a charlatan, but without such posturing she cannot get public attention, which is her lifeblood.