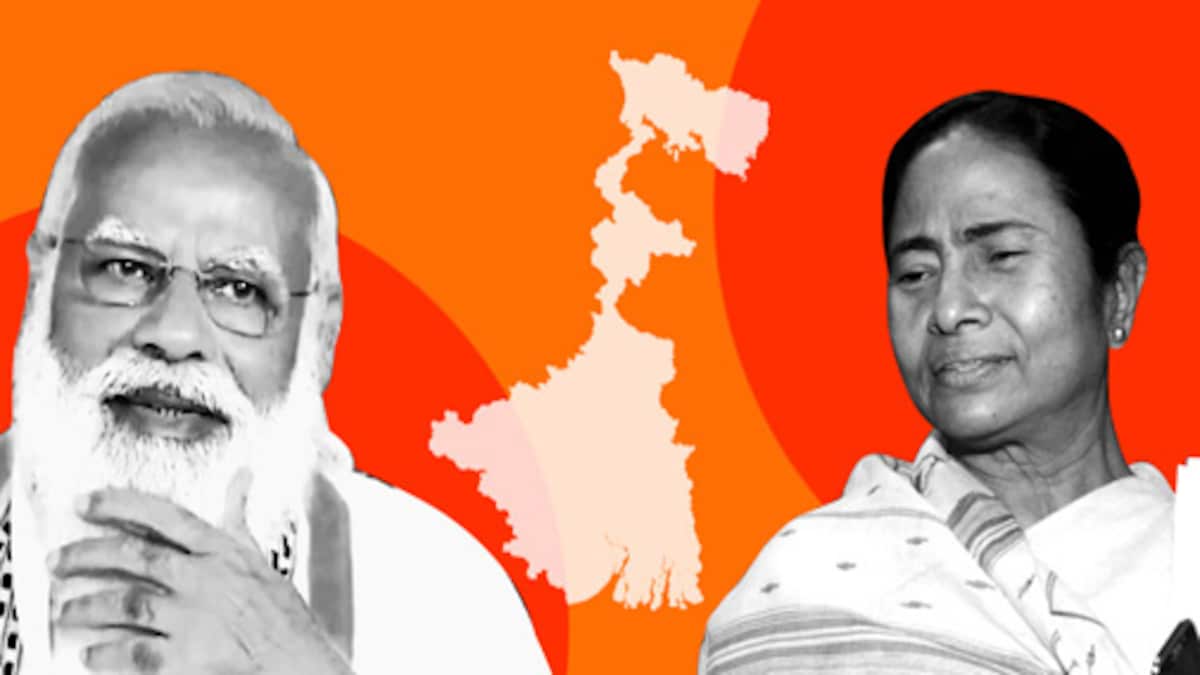 The BJP must recognise the followers of all variants of Santana Dharma as its core constituency and vow to preserve and promote their legitimate interests, while offering a fair deal to the others. Dharma includes economic development but goes far beyond it. – Virendra Parekh

The return of the Trinamool Congress (TMC) to power in West Bengal spells trouble for the state and the rest of the country. In saying a firm ‘No’ to the Bharatiya Janata Party’s (BJP) entreaties for a chance to govern the state, the people in West Bengal have scored a self-goal. They have, collectively, forgone an opportunity for real change and opted for more of the same. The Hindus in Bengal are in for even bigger trouble now.

Indeed, we are already getting a foretaste of the future. There were murderous assaults on BJP workers and supporters across the state soon after the results were announced. More than a dozen people have been killed, homes have been set on fire, and hundreds have been beaten up mercilessly. There are ominous reports of Hindus leaving Muslim majority areas in the state. Is Bengal on its way to becoming another Kashmir?

An equally worrisome development is the well-calculated, audacious defiance of the Central Government by the newly elected State Government. The Governor, Jagdeep Dhankhar, was sought to be prevented by state machinery from visiting the violence-hit areas. He had asked for a report on the spree of violence in the state after the elections. The officials have not given him any report so far, nor have they bothered to provide any explanation. The Home Ministry at the Centre had asked for a report too and is still waiting for it at the time of writing.

It is not that the BJP did not put up a fight. At least 64 seats out of 294 in all were decided by margins under 3,500 votes, with 27 going to the BJP and the rest to the TMC. The high percentage of voting and the large number of closely won seats indicate that all sections were aware of the high stakes involved in the outcome.

The BJP under Narendra Modi left no stone unturned to capture the state. Its campaign was centred on development, corruption-free administration, and a tough stand on Bangladeshi infiltration. For its best effort ever in the state, it was rewarded in terms of vote share and seats. BJP’s best, however, was not good enough to dislodge the deeply entrenched Mamata Banerjee and her party from power. It is important to know why, if only to keep the violence, ruinous divisions among religious groups, and mismanagement from spreading to other states and regions in the country.

To put it brusquely, consolidation of Muslim votes in favour of TMC and the bogus but powerful invoking of regional pride heavily influenced the outcome.

Muslims form nearly 30 per cent of the electorate in West Bengal. In a few districts adjoining Bangladesh, they have acquired a majority. Other contenders for Muslim votes quietly withdrew their bids. Asaduddin Owaisi went low-key after a fiery start. Rahul Gandhi practically did not campaign in the state. The Muslim cleric who allied with the Congress and the Left could not be of much help in swinging Muslim votes away from TMC.

With the solid tailwind of 30 per cent Muslim votes, Mamata Banerjee needed only a small portion of Hindu votes for a landslide victory, which it secured by describing the BJP as a party of “outsiders” who threatened Bengali asmita. Most Hindus did not fall for the gimmick; however, enough did to keep the BJP out of power. The lack of a credible local face as an alternative to Mamata Banerjee also had a negative impact. All the three factors will almost certainly be used against the BJP at the national level to thwart the march of the BJP.

These state assembly elections have shown once again that in any tussle between Hindus and others, the latter (Muslims, Christians, left-liberals etc.) have a much clearer idea of the stakes involved and swiftly swing into action to protect their turf openly and unabashedly.  Hindus strike a defensive pose even on life and death issues. This is a fatal weakness.

The TMC has lost no time in conveying its inclinations and intentions to Hindus. The trend will gather momentum in the months and years to come as anti-Hindu forces seek to consolidate their position ahead of the 2024 Lok Sabha elections. We are likely to witness more appeasement of Muslims, greater suppression of all expressions of Hinduism, and the encouragement to infiltration of Bangladeshi Muslims on a greater scale. The economy will continue to languish, jobs will remain few, and investment in business and industry elusive. This will be blamed on an “unjust” and “oppressive” Delhi. Attempts will be made to “fight for the rights of the people of the state”.

There is, however, no need for despair. Despite the setback, all is not lost for Hindus as Hindu awakening continues to grow. It has worked outside Bengal. Assam has 34 per cent Muslim population. Yet the BJP-led NDA secured another term in office with a comfortable majority, largely because Himanta Biswa Sarma managed to convince the Assamese and Bengali speaking Hindus that unless they sank their differences and voted in concert, they should be ready for a Muslim chief minister in the state and what it meant. In Kerala, the repeat landslide victory of the left front, defying a four-decade old trend in the state, is attributed to the reported feeling among Hindus that communists are better able to check the growth of the Muslim League than the Congress-led United Democratic Front (UDF).

The Bengal results have opened the eyes of Hindus to the stark reality that unless they sink their differences and unite, they would be overwhelmed by a determined and united minority in the only country they can call their own. The happenings in West Bengal after the election results have shown them what is in store for them if they remain divided.

Outside Bengal, Hindus have numerical superiority in many constituencies. Also, other claimants of Muslim votes may not forgo their claims in favour of a single party.

The BJP must draw the right lessons from the West Bengal results if it wants to do justice to the historic role that it is called upon to play: to become an instrument of Hindu renaissance, an upholder of Dharma, a harbinger of the resurgent India keeping pace with the modern world while being firmly rooted in its ancient yet evergreen civilisation. Whether the BJP is willing and able to play such a role is not certain. But it is certain that no other party wants to play such a role.

Apart from these goals, even for sheer survival and growth the BJP must learn some hard lessons from the recent elections. For better or worse, its fortunes are linked with those of Hindu society. The adverse demographic change bodes ill for its future.

The BJP must recognise the followers of all variants of Santana Dharma as its core constituency and vow to preserve and promote their legitimate interests, while offering a fair deal to the others. Dharma includes economic development but goes far beyond it.

Hindu society is under murderous assault from its self-declared enemies on every possible front. It needs to protect its people first and foremost, for in a democracy, demography is destiny. Its children need to be taught its history and heritage honestly. The shrivelled borders of its sacred land must be protected from shrinking further even while fighting internal subversion and localised terrorism.

As the sole instrument of Dharma in the political arena, the BJP has to dedicate itself wholeheartedly to these tasks openly and unabashedly. So far, its record on nationalism as well as on economic growth has been poor. It should ponder why its talk of inclusive development (sab ka sath sab ka vikas) falls flat on those fixated on Ghazwa-e-Hind or harvesting souls for the Cross. The BJP will keep faltering till it tries to be all things to all people, neglecting its core support base and actions to nurture it.

The BJP must walk Modi’s talk of the local for global to protect Dharma. It must emphasise and project the local variant of Hinduism in every state with its local saints, folklore, traditions, and exponents of Dharma. It does not have to be “Jay Shree Ram” everywhere. In Bengal, for instance, it would have been more appropriate and rewarding to invoke Goddess Durga, recall Bengal’s pioneering role in Indian Renaissance, and remember teachings of great souls like Ramakrishna Paramahansa, Swami Vivekananda, Maharshi Aurobindo, Bankim Chandra Chattopadhdyay, and Gurdev Tagore.

Patriotism at the regional level, if genuine, is not opposed to cultural nationalism but is underpinned by it. What nourishes Bengali, Tamil, Telugu or Marathi pride also nourishes Hindu asmita and vice versa. To dismiss and denounce pride in local heritage as chauvinism is to divest Hindu civilisation of its rich and variegated content. It becomes problematic only when it becomes self-absorbed and loses sight of the larger unity.

Experience shows that the BJP needs strong and credible local leaders to do well in state elections. Relying exclusively on the Modi charisma is not a sound strategy. Overexposure erodes brand value, however strong. Implications of Suvendu Adhikari’s victory over Mamata Banerjee in Nandigram must be understood in their entirety.

There is now some talk of forming a broad anti-BJP front of like-minded parties for the next Lok Sabha elections in 2024 and projecting Mamata Banerjee as a “secular” alternative to Narendra Modi. While 2024 is still some way off and much can happen in between, the shot across that bow has been fired.

If a third front headed by Mamata Banerjee does materialise, the BJP could not ask for more. Mamata Banerjee projected as an alternative to Narendra Modi can do much, much more to consolidate Hindu vote in favour of Modi than a hundred RSS put together.

Meanwhile, the Indian National Congress is reduced to celebrating victories of other parties to hide the pain of its own decimation and discomfiture. Thank God for small mercies.

› Virendra Parekh is a senior journalist in Mumbai. He writes in English and Gujarati on economics and politics as also on issues related to Indian civilisation, history and cultural nationalism.