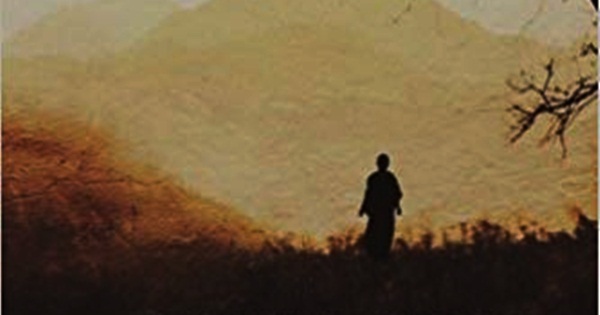 Misuse of Article 35A against Hindus by the Jammu & Kashmir state

The Jammu and Kashmir(J&K) state government has misused Articles 370 and 35A status for 65 years to discriminate against non-Muslims in an inhuman manner that comes close to the characteristics of the Islamic State (ISIS). The removal of article 35A, brings the long due protection of the legal and human rights of all residents of J&K, a  change similar to “Breaking Of Berlin Wall”, and will be good for humanity.

Rajat Mitra, psychologist and author of ‘The Infidel Next Door’ has a personal story about misuse of Article 370.  In 1957, living in Kashmir, his father-in-law was informed by the authorities that his name was not in the successful candidates for admission in BSc program of college in Srinagar because he was a Hindu. A separate list of Hindu candidates would be released if deemed so.  Hindus appealed to media but no one would listen. Then they got a chance to appeal to then state Chief Minister G.M Bakshi, who allowed only miniscule number of Hindu students to be admitted. Bakshi told them that “their high ranks in test score were not the issue. It was the fact that they were not Muslims.” He quoted Article 370 which was to protect only the Muslims of Kashmir.  He added, “you have the whole of India. Why don’t you go away and take admission elsewhere. Kashmir will consider only the Muslim boys”.

A similar situation happened later in 1963 even in  the US when state Governor George Wallace personally and physically stood at the entrance gate to block black students getting admitted into college in Alabama.

Later on in J&K, Kashmiri politicians like the late Mufti Mohammad, who had held the most powerful home ministry cabinet in Indian central government, was suspected of having a hand in the Anantnag riots, but there was no investigation.  Another state Chief Minister Farooq Abdullah failed in his duty to protect non-Muslims when many holy spiritual mosques all over Kashmir started making announcements on loud speakers that non-Muslims should leave Kashmir or get killed.  Some even suggested leaving their daughters and wives behind. Then when the killings started in broad day light, Farooq took no actions to stop it. Finally 600,000 Hindus left Kashmir and became refugees in their own country.

The state government forced Urdu language in schools, courts and police operations, in the region of Ladakh, where Urdu is a foreign language for its residents. So, Ladakh was treated like a tiny colony of a state; now all that will change as Ladakh has become a separate union territory.

With the help of Delhi’s Congress Government, Farooq allowed the Pakistani terrorist organization to infiltrate and openly flourish in Kashmir, and carry out killings of the non-Muslims and of those Muslims who had shown friendship to Hindus.  Farooq and his son continued ruling state of Kashmir for long time after that. No criminal actions were taken against Abdullahs for allowing such a brutal human calamity.

Do note that Gujarat chief minister Modi was put under judicial custody by the Congress government in Delhi for long hours of criminal interrogation for the Gujarat riots in which many Hindus died along with little more Muslim casualty.

Plight of Dalits in J&K

Dalits in J&K were forced to become sweepers because the State legislation did not recognise their community as state subjects. The members of the community could not apply for a Scheduled Caste certificate or a Government job as is the case all over India. They could apply only for the post of a sweeper. They had been protesting against this for a very long time. The J&K government position was that due to Article 370, giving state subject rights to them was difficult.

Dr. Ambedkar who was in charge of writings of the Indian constitution, had staunchly opposed the proposal of “Special status to state of J&K”.  He was visionary and with the clear foresight responded that “To give consent to that proposal would be a treacherous thing against the interest of India and I, as the Law Minister of India, will never do”.

Dr. Wasim Hadi has put the misuse of articles 370 and 35A in a candid way and it is making rounds in social media.  370 and 35A articles protected right of only the J&K residents to have property ownership, right of having own flag, right of having own constitution. But the state government expelled 6 lakh Kashmiri citizens, who were their ancestors, from their own land and homes, picked up the flag of Pakistan and ISIS, picked up guns against the Indian constitution and linked the state operations only with Islam and Jihad.  The condition now is so bad that all Indian Muslim citizens have to say that MY NAME IS KHAN and I AM NOT A TERRORIST.

They started asking for a separate country. Who breached the agreement first?

While these Jihadi mafia terror groups (in Pakistan occupied Kashmir) are still extorting money from Pakistani businesses, Pakistan is looking the other way and going all around the world to get help in punishing India for its sins of helping victims of Pakistan based Jihadists in J&K.  Pakistan already had invaded and grabbed part of Kashmir at the time of freedom from British rule. India should withdraw the petition filed in the UNSC seeking intervention and force Pakistan vacate the territory taken by the invasion of Kashmir by Pakistan.

It is strange that the Human rights groups and the English language media remain oblivious to the sufferings of the victims of the state run discrimination of the worst kind, and are either sympathetic to or are openly supporting the jihadist campaign against the victims. Jihadist voices seem to be getting global sympathy in their propaganda and their warped publicity about India in general, and Hindu “infidels” in particular.

The world should see the only interest Pakistan has in Kashmir is to get accession of Kashmir to Pakistan and it really does not care about the human rights of Kashmiri people. When Pakistan declares support for Kashmiri people it means only the Muslims of Kashmir. The Jammu & Kashmir state population is made up of reasonably large population of non-Muslims. Does anyone care about human rights of non-Muslims in erstwhile J&K state? It seems that the world community has no interest in welfare of non-Muslims in a Muslim majority states. If Pakistan really cared, it would have stopped 70 years of brutal jihadi violence in Kashmir.

Hindu civilization under attack in the name of Kashmir