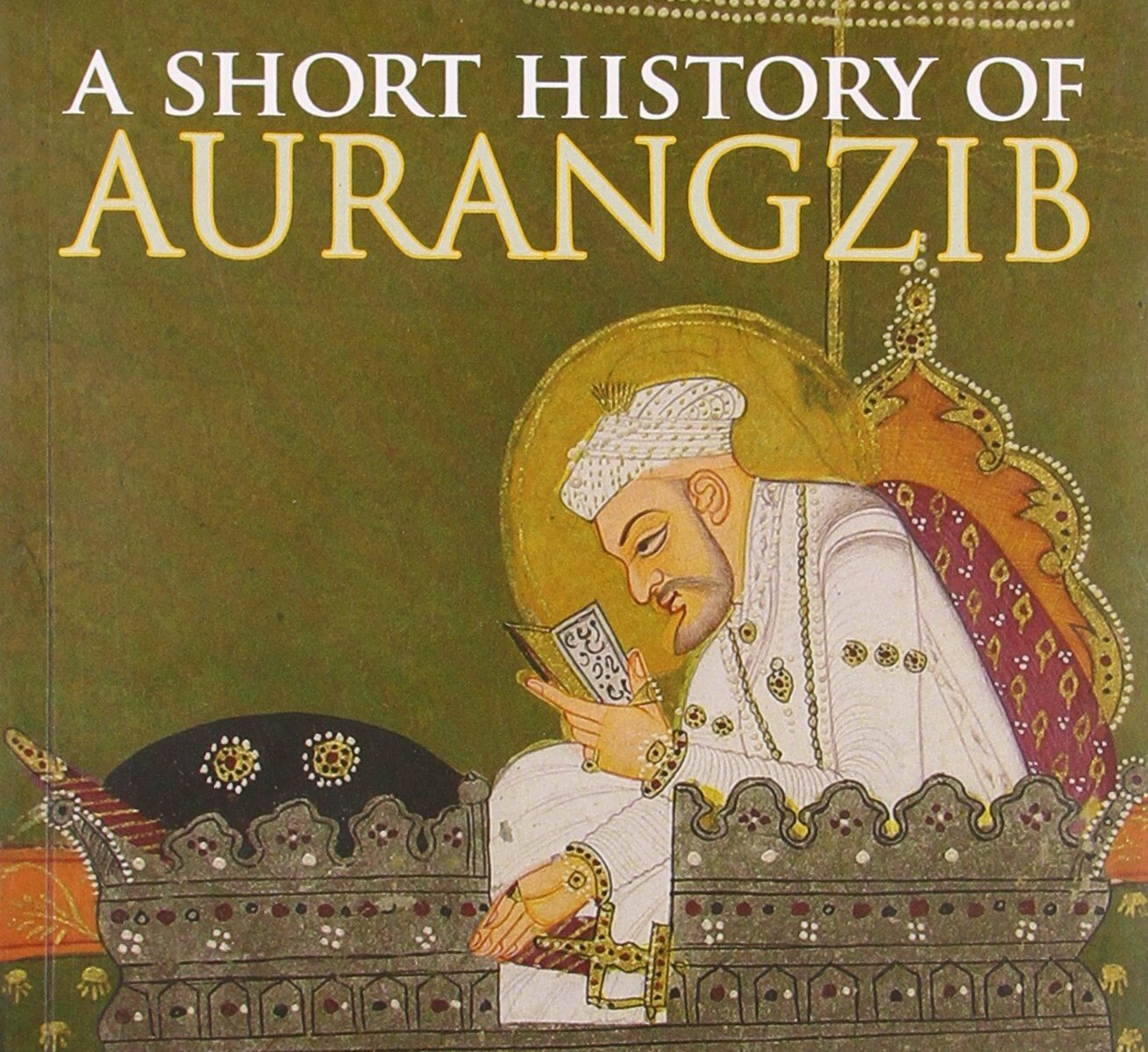 India has had a long list of foreign academics whose main purpose has been to belittle Indian civilization.  Audrey Truschke is merely the latest, trying to make her career out of her failed attempt to white wash Aurangzeb, the Mughal despot whose extreme bigotry and desire to Islamicize all of India would subsequently lead to the shrivelling of the Mughal Empire.

Jadunath Sarkar’s works on Aurangzeb [1] gives the impression that the early years of Aurangzeb reveal a man of exceptional character, discipline, courage and deep intellect, a savant even.  He also happened to be a highly intolerant religious zealot who would come out in full display once he had firmly established himself on the throne.

The battle for succession, once Shah Jahan had fallen ill in 1657, is the stuff of legend.  Stuck in what is now northern Karnataka, far away from the capital where Dara Shikoh resided, his nine month return journey to Agra is a tale that dazzles.  Sarkar’s own description of Aurganzeb is deservedly complimentary, and Dara’s fall despite better circumstances, appears inevitable.  Yet we now have a Rutgers University academic of the highly questionable Doniger Pollock lineage acting like she is stating something new, or that Aurangzeb is unfairly viewed.  Her India baiting and especially Hindu baiting views are relentless, while her whitewashing the Islamic invasions very much continues the Congress enabled Marxist history distortions.

Do only the so called “Hindutvaadi’s” refute Truschke’s scholarship? A quick look here by even anti-Modi writers reveals the opposite picture.  Whether at literature festivals or in interviews, Audrey merely pretends that “right wing Hindus” (an oxymoron that is now widely in use) and only “Hindutvaadis” reject her work.  Here are a couple of articles that appear in not very pro-Modi sites that cast serious doubts on her “revisionist history”. [3]  Audrey is also known to pull other tricks, and often plays the victim card by calling some of her rebutters “misogynist” or even “anti-semitic” while she attempts to belittle a civilization in which her knowledge is not just poor, but insincere.

Is defending one’s own colonized homeland against foreign tyranny an act of terror? Truschke seems to think so.  By her logic, Native Americans defending their homeland too committed acts of terror, against her own European ancestors who brutally colonized the Americas.  And if it is not her own ancestors, as some European descended Americans like to claim they arrived into the “new world” only in the last century, she certainly reaps the benefits of such vile criminal acts, unapologetically.

The early twentieth century “Bengal terrorists” weren’t terrorists at all because a) they didn’t target civilians indiscriminately and b) never used Hinduism to justify their actions, certainly not in the way Islamic terrorists cite religion to carry out terror, or even legitimize rape. Perhaps Audrey thinks Bhagat Singh and Bose were Hindu terrorists too.

Was assassinating Gandhi an act of Hindu terror? Whether one admires Gandhi or despises him, we are still talking about a pivotal political figure, who has been endlessly whitewashed as a “great soul” and “father of the (Indian) nation”.  Except, critical analysis of him also fortunately exists, and the picture is far from positive. [4] From the 1920s all through 1948, many have critically viewed him as a man of dubious and bizarre decisions that look more like he was not working for native Indian interests.  It is a wonder Gandhi survived at all as a leader, and post partition, he was arguably among the most hated men in India, by almost all groups.  His “martyrdom” and subsequent elevation by Nehru as the Indian nations’ foremost leader of the freedom struggle is the big lie the world has had to swallow.  It has worked very well for colonial as well as later Indian Marxist historians that his end would come at the hands of a Hindu patriot, and not any other disgruntled group. As for Godse, his act was political, not an act of religious terror.

Outside India, where is this “Saffron Terror” and “Hindu terror”?  Hindus are widely settled across Africa, the Middle East, Europe and the Caribbean going back centuries, with the British and Portuguese tyranny, as well as Islamic enslavement, being key factors for a very cruel displacement.  Other than being largely education and family oriented good citizens, would anyone point to any instance of “Hindu terror” abroad?   Any Crusades, any Inquisitions, any Jihad, any ISIS carried out in the name of Hinduism?  We will have to wait to give Audrey some time to invent this; meanwhile, we will have to lap up all Hitler, Stalin and fascism accusations.  No matter, esteemed scholar Trevor Noah [5] might have beaten her to this already, because in the end her assertions are a joke being played onto the uninformed, as well as the willing.

Who coined this phrase Saffron terror?  The followers of dharma in its various forms in India (broadly the wider Hindu umbrella, with Hindu being an exonym that is now acceptable usage) have only recently had this phrase carefully foisted [6]  on to the public space, by the Congress party and its key leaders a decade ago.  Surely this phrase could have been put into play in by any of the Mughal emperors that Audrey so loves, or by the East India Company, the church and the British Empire?

Within independent India, is Audrey whitewashing any other terror? Maoist terror, Communist treason, Islamist terror, mass proselytization through fraud and inducement, minorities on the street running riot and breaking laws, Bishops and Muslim clerics engaging in criminal acts, none of these catch Audrey’s attention. As for the Gujarat riots, like many others, she makes no mention of the religion inspired terror [7] that resulted in 39 women and children being burned on a train, nor the Supreme Court finding no evidence to implicate Modi.

With supporting “evidence” from Hindu baiting news media in India itself, her views are part of a much wider and so-far dominant ecosphere whose agenda is to paint India and especially Hindus in the most one-sided [8] derogatory manner, and continually push the false equivalence of “Hindu terror”.  With her husband a former US state department head of the Pakistan desk, and her own ties to evangelists, she could even be viewed as a missionary of a different variety, hiding behind a façade of Mughal appreciation that is well received by the compliant Lutyens media.

The Den of Liars

As more than one esteemed writer informed the author of this article, why waste time on someone with such poor credibility who thrives on publicity and negative reactions? This is therefore especially for the few who are taken in by such propagandists with an agenda. And if Audrey is really such a propagandist, why is she published at all?  This is the question that the public that relies on news mainly in English need to understand.  Truschke is just one of a large number who are playing this game, and are welcomed at literature festivals. What goes on and who is invited to some of these Lit Fests is covered in this dummies guide. [9]   Keep in mind that this is the same professor who claimed to cite a text in which Sita allegedly described Ram as a “misogynistic pig”.  This blatant school-boy level error received a strong rebuttal from a US academic.  [10]

One can thank all the anti-India media forces within India itself, who are now in this “mahaghatbhandan” camp for the upcoming elections, for continually enabling this.  By the track record of other dishonest and unethical academics who have attempted to milk the India bashing industry to sustain their floundering careers, she won’t be going away too soon.  It does make one wonder if this is what Rutgers University stands for. [11] One day the public will wake up to the fact that the false narratives about India being pushed, by third tier as well as elite western academia, are the norm, not the exception.

[3] Aurangzeb was a bigot not just by our standards but also by those of his predecessors and peers, November 2017, Girish Shahane, Scroll.in

[4] A Relook at the Gandhi Enigma, January 2019, Navaratna S Rajaram, Your Awesome India

The references section in the below article is especially recommended.

Gandhi As He Really Was: The Empire Loyalist, January 2019, B V Rudhraya, Your Awesome India

And no, the comedian is not an “esteemed scholar” but echoes the widely echoed public view that it is ludicrous to think of Hindus and Indians (even those called “r’JESH”) as terrorists, with all due apologies to Russians, who also receive an unfair rap.

India’s Prime Minister, Narendra Modi, thinks that no Hindu, ever, has committed an act of terrorism. Hindus are about 15% of the world population, by the way, so it’s a pretty large group. A few hard facts from the past… [THREAD]